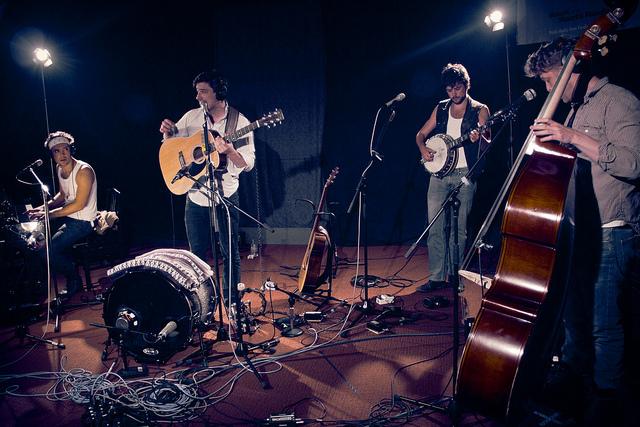 Mumford & Sons' latest album is slated to be released in May.

On Mar. 2, Grammy and Brit Award-winning band Mumford & Sons announced their third studio album, “Wilder Mind,” slated to be released on May 4. More recently, they released the first promotional single from the album, which struck a negative chord in the band’s fan base. Comparable to Coldplay and The Fray, “Believe” abandons all of Mumford’s stylistic considerations and moves to an unrecognizable sound from the UK natives.

The most surprising move is that their whole new album will be similar to this track, as lead singer Marcus Mumford explained to Rolling Stone.

“We felt that doing the same thing, or the same instrumentation again, just wasn’t for us,” he said.

The album may turn out being a critical success, as it was produced by James Ford who is best known best for Arctic Monkeys and Haim. However, this could easily spark confusion within their fan base, which is probably a turn for the worse after winning the Album of the Year Grammy on their sophomore album, a rare feat.