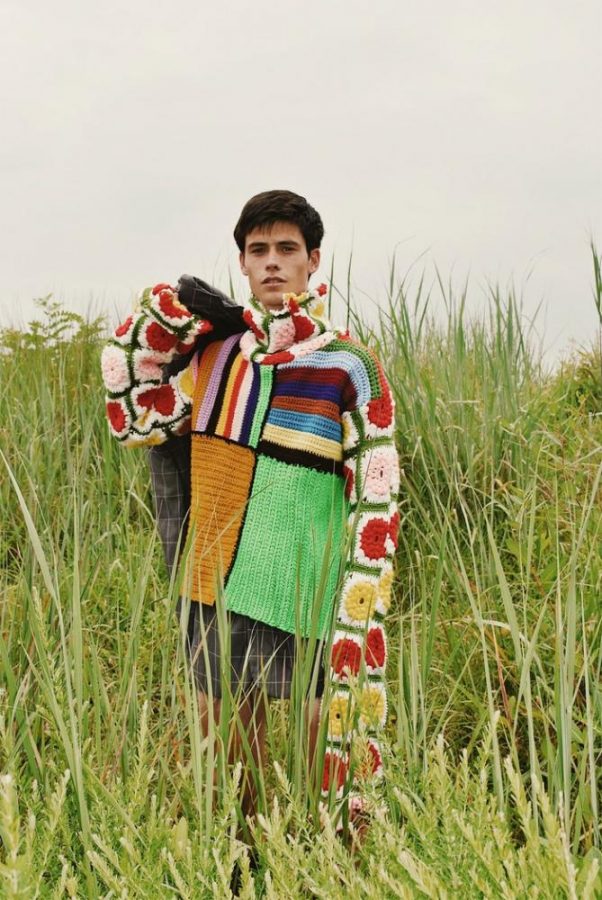 It’s a fashion designer’s dream to be featured  in Vogue. For many it takes years, if at all possible. For these talented Walter Johnson seniors, their dream was made possible just a few weeks ago.

With WJ alum Daniel Green as stylist, senior Danait Desta as photographer and senior William Manogue as model, this group promoted Menyelek Rose, a famous designer. Green has had many years of experience in the fashion field.

Although he has only been earning money for his work for a couple years, he has always known he liked fashion and styling.

“Since [I was] like three [or] four years old on my birthday and Christmas I didn’t want toys or games, I just wanted clothes, and to put on pieces I found online,” Green said.

Fashion has been a part of him his whole life and to him, it only seems recent that he has been able to do what he loves professionally.

For Manogue, his modeling career began just this summer.

“Danait asked me [last year] if I could help her with her art project… it went really well,” Manogue said.

After helping her with a James Dean themed project for Desta’s photography class, he thought the shoot was successful and continued to work with her on other projects.

Desta celebrates the year long anniversary of her history of serious photography this month and hopes to continue it later on.

“I plan to go to design school in New York or Chicago and hopefully find more designers to work with,” Desta recalled. She has high aspirations to continue and expand her work as a photographer.

Green also has big plans for the future.

“I want to open up doors for other children like me, who just have that fire and passion in their minds to show off the creative inside of them,” Green described. He not only wants to continue styling, he also wants to help other teens get their ideas across and influence them to work hard and become successful.

Unlike Desta and Green, Manogue is uncertain of his future as it concerns modeling.

“It’s fun and really cool but I also want to keep playing soccer in college so I don’t know if I can do both,” Manogue stated.

Although he enjoys modeling, soccer is also an important part of his life that he doesn’t want to give up.

While for some, getting published in Vogue would be a huge shock, Green was not surprised he and his team was featured.

“When I casted Will and hired Danait for the shoot I told them this is going to be in Vogue, I’m going to make sure of it,” Green said.

He studied Vogue and knew exactly what to do to make the photos look as true to the popular magazine as possible. He worked hard to ensure what he said would come true and wasn’t at all surprised when it payed off.

With Walter Johnson students becoming successful and fulfilling their dreams, we can only hope to see more of them in the future.