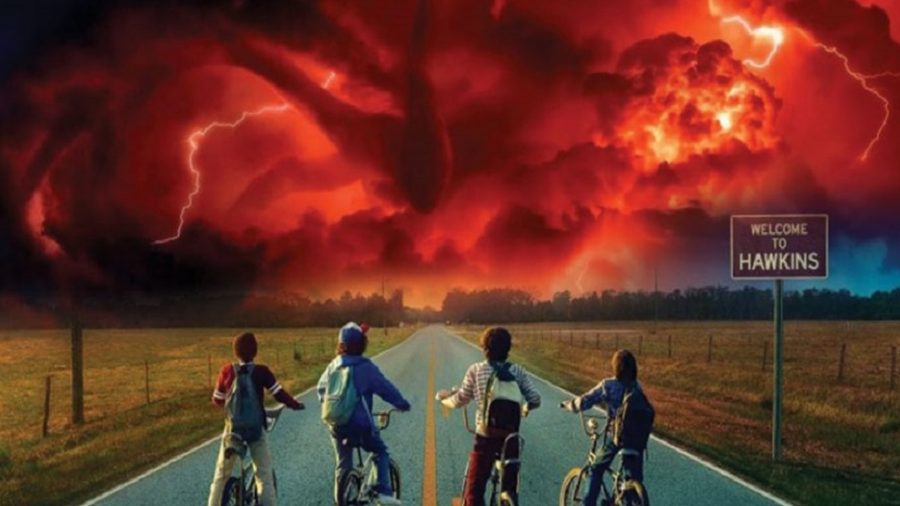 "Stranger Things 2" released on October 27, 2017. Today, it is still one of the most popular shows on Netflix. Photo courtesy of wikkicommons.com

The year 2017 was filled with smash hit TV shows, both released to streaming services as well as on regular cable “13 Reasons Why” became the most talked about show of all time across social media platforms, while others like “Stranger Things” and “Ozark” became the most watched shows of the year.

But as the year changes, more shows are being created and new seasons are coming. There are some trends that seem to be taking over the screens of America.

One of the most prominent trends that seem to be taking over is that of science fiction series. Recently Netflix has been taken over by sci-fi shows like Stranger Things” and “Black Mirror,” both of which have become some of the most popular shows to hit Netflix. It seems as if this genre is going to become one of the most, if not the most, popular genre for shows in 2018.

“[These shows] are interesting and good shows need to have more of a variety, and I think [‘Black Mirror’ and ‘Stranger Things’] have that,” freshman Jake Silverman said.

Popular series also seem to be moving away from cable networks and onto streaming services like Netflix, Amazon or Hulu. Netflix has now surpassed cable networks in accordance to viewership. After the release of their current subscriber count (48.1 million people), Netflix showed its dramatic difference between the nation’s leading cable company, Comcast, which has 22.5 million people.

“I would rather have more Netflix originals come out this year than shows on regular TV. Netflix is just so much easier because I can watch it all at once or a few episodes a day depending on how much time I have. But if I watch something on regular TV then I have to wait a week for a new episode to come out, and if I miss it, then I have to try to remember to record it, which I don’t ever do,” sophomore Lily Salvatore said.

Another TV trend that seems to be gaining popularity is the creation of shows with that feature real world issues and topics. Shows like ‘‘13 Reasons Why,” centers around serious and generally not talked about issues. Because of the spur in more and more shows featuring real issues in today’s society, we can probably expect to see an upward trend in shows like these.

“I really like shows that focus on real issues like ‘13 Reasons Why’ did. Up until last year I don’t think I ever saw a show like that. I hope that there are more of them in 2018 because it’s good to see issues talked about,” sophomore Donya Hosseini said.

Whatever the future may hold for 2018, it is obvious that regarding TV this year is sure to be interesting and filled with shows to binge and obsess over.