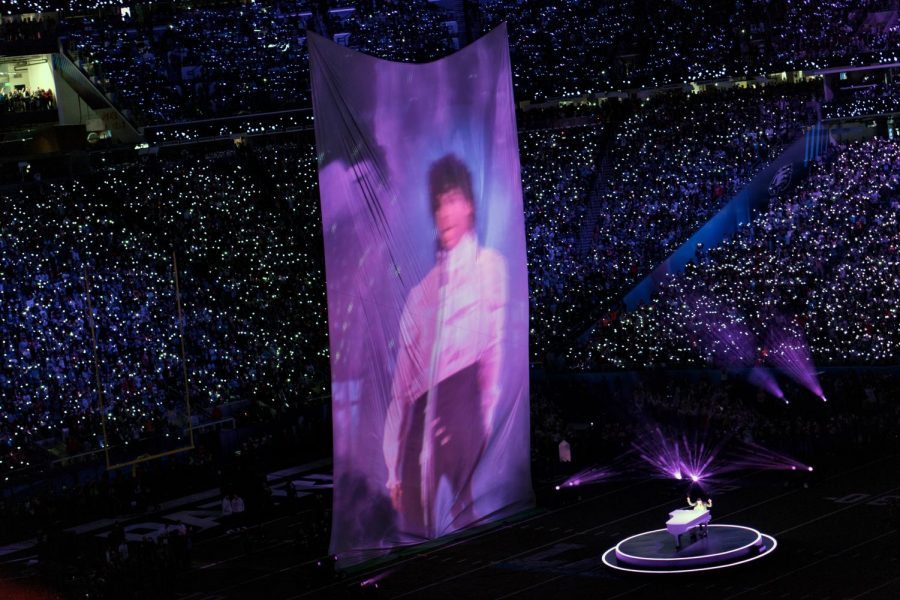 A giant projection of Prince accompanies Timberlake as he sings "I would Die 4 U".

On Sunday, Justin Timberlake performed his second Super Bowl halftime show featuring the decorated New England Patriots and the underdog Philadelphia Eagles. Previously performing in 2004 alongside Janet Jackson and P. Diddy, Timberlake put on a show, entertaining audiences of all ages. Timberlake sang some of his classic hits such as “Cry Me a River,” “SexyBack” and “Mirrors,” along with his new popular songs such as “Can’t Stop the Feeling” and “Filthy.”

One of the highlights of the show was Timberlake’s duet of “I Would Die 4 U” with Prince. A big banner was lowered down, as a projection of Prince singing the classic song was shown. In addition, a shot was shown of Minneapolis with a beautiful purple color glimmering throughout the city, as well as the entirety of the stadium.

“I thought it was nice that he paid tribute to Prince,” sophomore and Timberlake fan, Mia Dorrien said. “A lot of people watching were big Prince fans, so it was meaningful to recognize his success.”

The most talked about portion of the performance was when Timberlake, while singing “Can’t Stop the Feeling,” walked up into the stands and sang next to teenager Ryan McKenna. McKenna appeared to know none of the words, even though “Can’t Stop the Feeling” was at the top of the charts for several weeks. He remained on his phone, taking selfies and videos with Timberlake, resulting in him gaining 8,000 followers and 60,000 views. McKenna also appeared on the Today show Monday morning and went viral overnight.

“I was so jealous of [McKenna], but it was obvious that he didn’t know any of the words to one of the most popular songs of the year,” Dorrien said.

Although the Super Bowl halftime show was fun and entertaining, many people expected Timberlake to bring out a guest singer. In previous shows, main acts tend to bring out featured stars to perform a song or two, adding a special flair to the performance. Some were disappointed by the lack of additional singers, but overall, the halftime show did its job in providing quality entertainment.