Looking in the lens of a new WJ activity: The Filmmakers Association 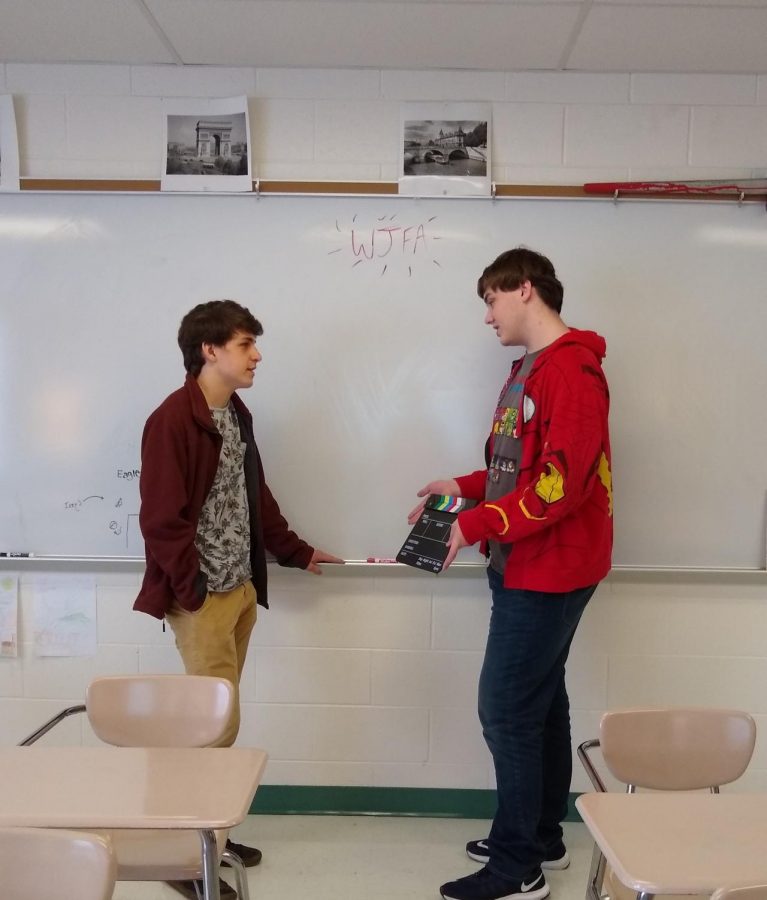 Movies are a staple of modern American life. Whether it’s the new Avengers film or a classic Disney reboot, people enjoy watching movies. The people who make these movies definitely have a large part in this. Visionaries such as Alfred Hitchcock, Stanley Kubrick and Quentin Tarantino have lit up the big screen with their films. These legends of film are entertainers and innovators. Their films are stocked with inspiration, which seeps through the screens and into the devoted viewers. As a result, it is hardly surprising that a group of aspiring filmmakers has formed a club devoted to their passion for movies.

The Filmmakers Association, an idea conceived last February, was founded by people with the same goals; they wanted a way to express their love for film.

“Film is a passion of mine. I was inspired to make this club so I could expand my passion for film,” Powell said.

Powell’s fascination for film is more than just a hobby, as he has legitimate aspirations of a career in the film industry.

“I dream one day of being a director,” Powell said. “I hope to one day bring joy to people.”

Powell’s hopes of cinematic stardom seem to be a recurring theme in the club’s leadership, as junior Dylan Rose harbors similar ambitions.

“I love writing, directing, and would even like to be a director of photography. That’s part of the reason I joined, because I wanted to tell people what I know and love about film,” Rose said.

Powell and Rose aren’t simply two teenagers who think their ability to wield a camera will enable them to become the next Spielberg. They have a clear plan and know what is important in order to be successful

“If you want to succeed,” Rose said, “find other people who are interested in the same things as you. These people will help you accomplish your dreams.”

Under Powell’s leadership, the Filmmakers Association has expanded from talking about film, to actually filming, and now, the club is even aiding other WJ clubs, recently working hard on the trailer for the school’s production of Romeo and Juliet.

Despite his busy schedule, Powell still prioritizes his a love for film and emphasizes the true essence of the club.

“The thing I value the most is originality,” Powell said. “Don’t try to be the next Spielberg or try to be exactly like your favorite director. You have to be you, and you have to make films about what’s important to you and what you like. Don’t try to copy others, just be yourself, and that’s the best way to succeed.”