“The Crimes of Grindelwald” will disappoint loyal Harry Potter fans 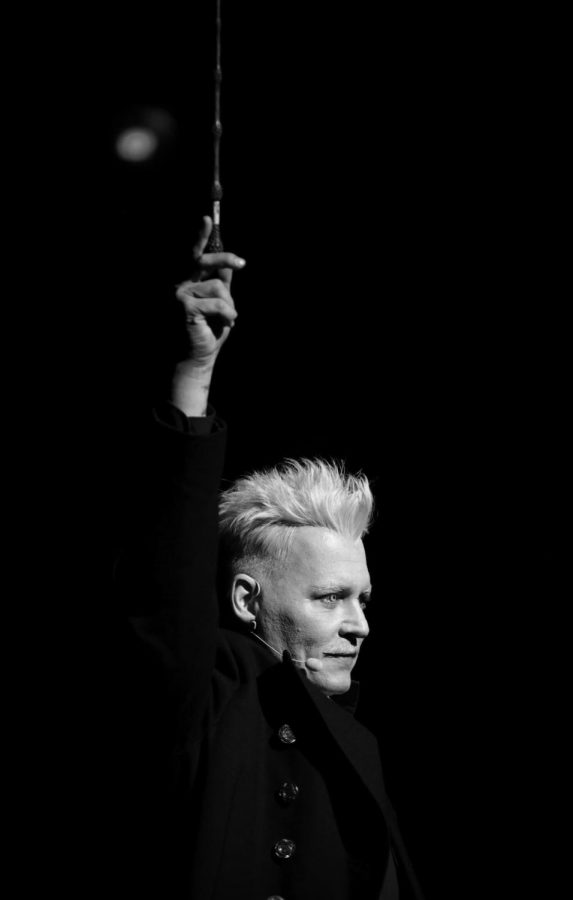 Johnny Depp as the Gellert Grindelwald, in the new Harry Potter prequel, ‘Crimes of Grindelwald.’ The movie, written by J.K. Rowling and directed by David Yates, is the second out of five Fantastic Beasts movies to be created.

Harry Potter fans might hate to admit it, but the Fantastic Beasts franchise is heading down the path taken by most movie prequels: disappointment.

Although I lowered my expectations for The Crimes of Grindelwald, the plot was confusing and underwhelming, the characters were undeveloped and I left the theater feeling as if I’d been hit by a Confundus charm. The storyline buckles under the weight of too many new characters – all having complicated backstories to be explained. This left little room for an actual story to be told, and little time for the audience to get to know the characters.

Johnny Depp takes on the role of Gellert Grindelwald, a dark wizard who rose to power around the 1920s. Grindelwald believes wizards are superior to Muggles (non-wizards) and wishes to create and control a wizard-dominated world. Depp’s performance was good for the most part. He wasn’t extraordinary, but he made a pretty convincing villain. In the Harry Potter books, it’s explained that Albus Dumbledore and Grindelwald were extremely close friends in their youth, until they had a falling out that resulted in a famous duel between the two. In Crimes of Grindelwald is set well before the duel takes place. Reluctant to move against his former childhood friend Albus Dumbledore recruits his former student, Newt Scamander (Eddie Redmayne), to help defeat Grindelwald.

The movie simultaneously follows a bunch of different subplots: A large chunk of the movie is devoted to exploring the past of Credence Barebone (Ezra Miller), a character introduced in the first Fantastic Beasts movie. Part of Grindelwald’s plan involves taking advantage of the powerful dark magic Credence possesses.

Crimes of Grindelwald ungracefully jumps from one subplot to the next, and this sucks up the majority of the movie. It is a concoction of bits and pieces of storylines that seem unrelated to each other, all being forced together into one movie. It fails to tie everything together, leaving gaping plot holes that will upset those who know the series well.

There were some positive distractions from the chaos that deserve some credit. The cinematography was stunning; nearly every shot was majestic and captured the magical feel that the Harry Potter series is known for.  Eddie Redmayne is adorable as ever, returning to his role as the bashful Newt Scamander. While there weren’t as many scenes featuring Newt’s adorable magical creatures, the few that made it into Crimes of Grindelwald gave the audience a chance to catch their breath and escape from the movie’s overly drawn out introduction.

“Jude Law and Eddie Redmayne were phenomenal,” Junior Eilis Cawley said. “I really liked the characters and the cinematography.”

Seeing Young Dumbledore will definitely excite fans, and Jude Law fits the role perfectly. He’s charming on-screen and taps into Dumbledore’s nonchalant mannerisms. Watching him as a Hogwarts professor feels like a step back in time, and Law really brings book-Dumbledore to life. Nicolas Flamel also makes an appearance, providing some comic relief.

These little allusions to the books are interesting and are easily the best parts of the movie, but even as someone who lives and breathes Harry Potter, I have to say that Crimes of Grindelwald had me lost.

For now, all we can do is brace ourselves for the next Fantastic Beasts movie, and hope J.K. Rowling has enough material for three more of them.