New artists rise to the top at Grammy Awards 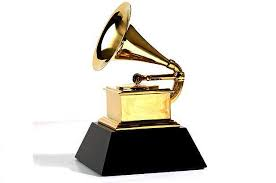 The Grammys this year went to artists from all genres in the music industry. The performances this year were the highlight of the show, as opposed to the awards.

The Grammys: the most important night in the music industry. where careers are made, and artists make their mark on the competitive music industry. This year’s Grammys, hosted by the legendary Alicia Keys, was not a disappointment, to say the least. Kacey Musgraves, Cardi B, Childish Gambino and Brandi Carlile were among some of the biggest winners during music’s biggest night.

Kacey Musgraves, now a six time Grammy Winner, took home four awards on February 10. Musgraves, who has been in the country music industry for over four years, is just now rising to the spotlight. Her third album, Golden Hour, rose to #1 on iTunes just hours after the award ceremony ended. In addition, Musgraves took the stage twice this year at the awards ceremony: performing during the Dolly Parton tribute, in addition to performing her single “Rainbow,” from her now Grammy winning album.

Childish Gambino also took home four awards for his moving and powerful anthem, “This is America.”

Overall, the performances were stellar: Shawn Mendes was joined by Miley Cyrus for an amazing performance of his hit “In My Blood,” in addition to artists like Cardi B and Jennifer Lopez taking the stage.

“It was really cool that Shawn and Miley sang together even though they have not collaborated in the past,” senior Abby Horrick said.

While the performances were highly rated, a slight complaint among viewers was the lack of rewards given out during the show. A majority of the Grammys were distributed during the pre-ceremony, including Ariana Grande’s first award for best Pop Vocal Album. Grande publicly declined the invitation to attend the award show, after Grammy producers refused to let her perform her hit “7 rings.”

This year, Dua Lipa took home the Grammy for Best New Artist, a highly competitive and unique category: there is a combination between popular and up-and-coming artists, giving this category a lot of attention. Some of the other nominees included Bebe Rexha, Chloe x Halle, Margo Price and Jorja Smith. While Bebe Rexha and Chloe x Halle are very popular and well known, Margo Price and Jorja Smith are just now being put in the spotlight.

“I just feel really grateful to be nominated alongside so many talented women I admire, and some I even call my friends,” Dua Lipa said after receiving her award for Best New Artist.

Numerous musicians were honored for their many years in the music industry during the 61st annual Grammy awards. Katy Perry, Kacey Musgraves, Maren Morris and many more artists took to the stage to honor Dolly Parton, a nine-time Grammy winner and country music legend. In addition to Parton, Diana Ross performed a medley of her most famous songs during her performance. Ross was also honored at the American Music Awards this past year, which was hosted by her daughter Tracee Ellis Ross, who appears on ABC’s “Blackish.”

Overall, this year’s Grammy Awards show was a success: Alicia Keys brought out Michelle Obama during her opening monologue, and many artists had the best night so far of their career. The performances were exceptional, and it was a very entertaining show to watch. Hopefully, in the future, viewers will also be able to see more awards being given out instead of a multitude of back-to-back performances.