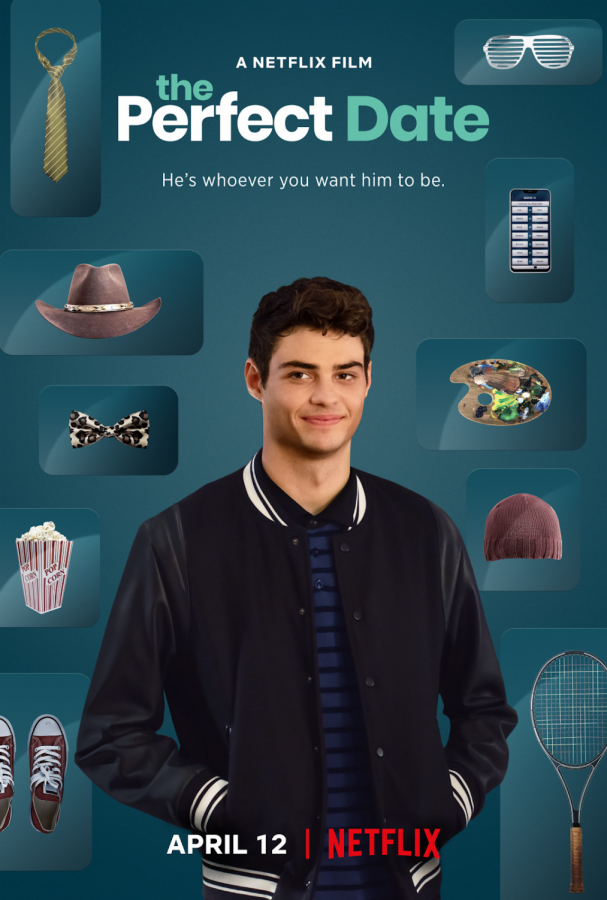 The Netflix original film The Perfect Date movie cover shows star of the film Noah Centineo, who plays the heart throbbing Brooks Rattigan in the movie. He plays several different roles on his multiple different kinds of dates he attends through his dating app, “The Stand-In”, based off of a book.

Netflix has been coming out with more releases of their own original films. Some are what you might expect, but some are a lovely surprise of great entertainment. One of these new Netflix hit films is The Perfect Date.

High school senior Brooks Rattigan needs to save up money for his dream school, Yale. He does so by setting up an online app called the “The Stand-In” with the help of his best friend, Murph. This allows him to be paid by any girl to go on a date of their choice – causing him to play many different roles like a cowboy or just a straight-up jerk. However, conflict arises when feelings get involved with one of his dates.

Based off of the 2017 novel, The Stand-In by Steve Bloom, the film is directed by Chris Nelson and stars Noah Centineo, Laura Marano, Camila Mendes, Odiseas Georgiadis and Matt Walsh.

“It was a heartwarming romantic comedy,” senior Jacob Bernstein said. “Being set in the modern day made it that much more relatable and interesting.”

The creative plot pleased audiences; however, the acting in itself has been somewhat criticized.

“I liked the movie, but Laura Marano who played Celia (the main character) was just not that good and kind of annoying throughout the whole movie,” senior Emily Tamaro said.

Aside from the female lead, Noah Centineo portrayed the “cute nice guy who finds himself” fairly well. Many viewers, especially young teen girls, liked his acting in this movie and thought he was the perfect fit for Brooks Rattigan.

“Noah Centineo was really good in this movie,” senior Grace Burgett said. “He was part of the reason I liked it so much. He’s the perfect guy to play this kind of role.”

Some may think The Perfect Date is unoriginal or very predictable, but if you’re a sucker for a classic and somewhat cheesy rom-com, then this movie is for you. The producers and actors definitely knew their intended audience when making this movie.