Bringing the magic of Disney’s animated classics to life 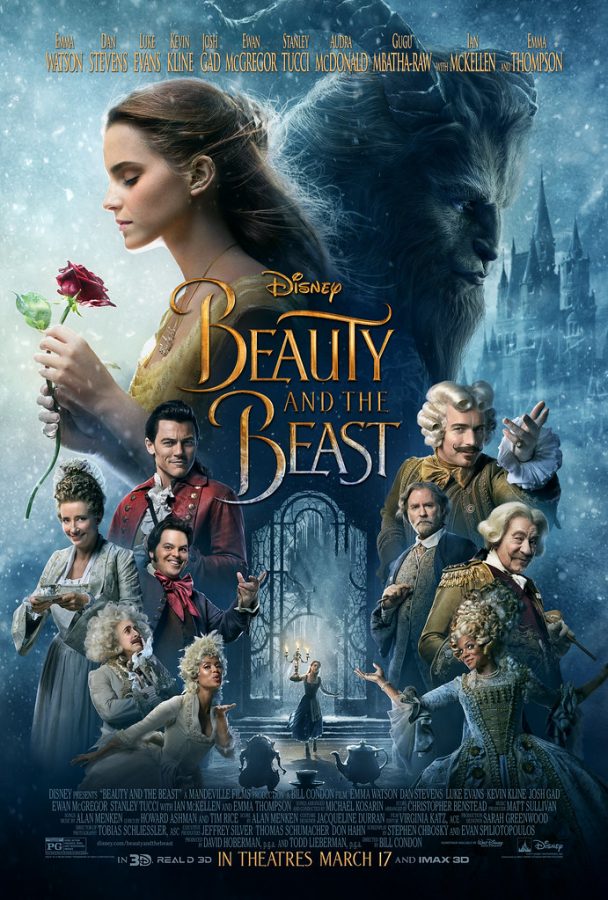 Beauty and the Beast was released in March 2017 and grossed $1.263 billion worldwide. The movie received nominations for Best Production and Costume design at the Academy awards.

Curled up on your couch with your favorite blanket on top of you and a bowl of popcorn on your lap while watching your favorite Disney movie is a go-to activity for Friday or Saturday night. Disney is remaking some of its animated classics into live-action movies for younger children to enjoy the timeless originals we cherished and grew up watching, but with the magic of new live-action films.

So far, Disney has turned Cinderella, The Jungle Book, Beauty and the Beast and Dumbo into live-action films that resemble the originals.

According to Rotten Tomatoes, the majority of both critics and viewers alike have given Cinderella, The Jungle Book and Beauty and the Beast mostly positive reviews, except for Dumbo which received mixed reviews.

“I think it’s a great idea in part of Disney and I think they have done a really good job with it. I don’t have any complaints. They bring the stories to life in a really believable and effective way,” English teacher Janelle Ryan said.

In the live action films, Disney does a beautiful job filming, designing sets, recreating the time period and using CGI to bring some of their most beloved animals and objects to life. Disney also hires big named celebrities to play some of their most iconic characters. Emma Watson was cast as Belle in Beauty and the Beast and is famous for her role as Hermione Granger in the Harry Potter franchise.

As with many other movie remakes or sequels and book to movie adaptations, the originals often include more details and have a unique plot.

“The originals are always the better one just because it’s the base of where the [plot originated from]…but sometimes they miss qualities of the original that people loved,” junior Amy Ackerman said.

However, some people find that if Disney didn’t hire the right actors or director, then the spirit of the original was ruined.

“I do remember people thought that Emma Watson didn’t really encapsulate the spirit of the original Belle…and also [there were] problems with the CGI rendering of the Beast,” junior James Thomson said.

There are even more Disney live-action movies coming soon, including the upcoming release of The Lion King on July 19 that is generating tons of buzz and excitement.

“I’m excited about seeing Will Smith as the genie and Aladdin is one of my favorite movies from when I was a kid,” freshman Catherine Prado said.

Even though The Lion King is entirely designed through CGI, there is still strong hype swirling around its upcoming premiere.

“[The trailer] looked exactly like the animated film…and it kind of made me interested to see what is similar and what’s different about the live action and original,” junior Ali Becker said.

Becker doesn’t believe that CGI animals will ruin the movie. The Disney live-action remakes give us an opportunity to view some classic Disney movies in theater that bring back childhood memories for some.

“They all showed so many different aspects of the animated version that it made me reminisce from when I watched them when I was younger,” Ackerman said.