Pennywise isn’t clowning around (no spoilers ahead) 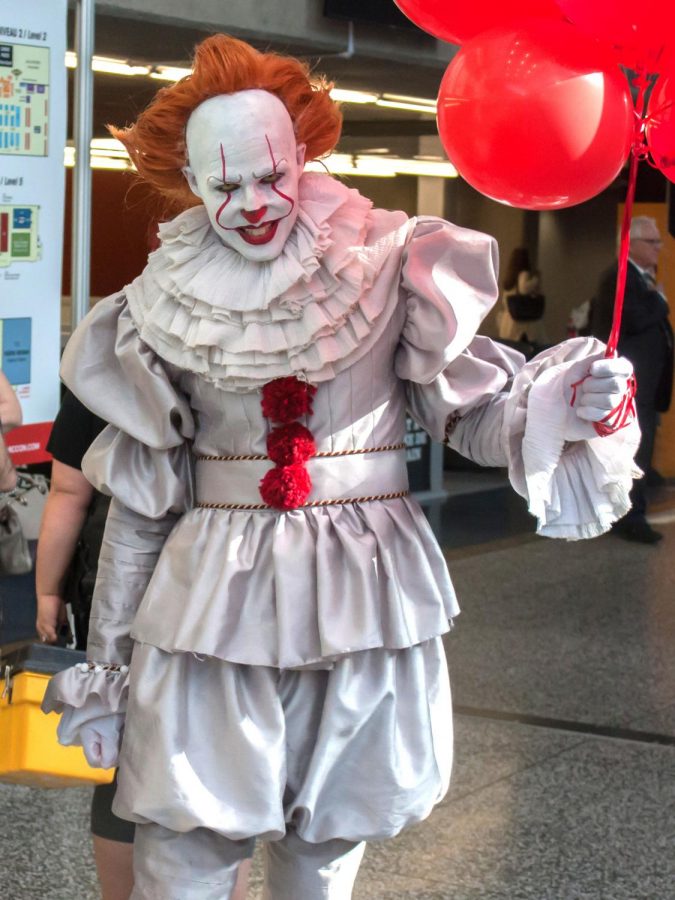 Pennywise leaves Derry, Maine and infiltrates local mall. Earlier this month, theaters were filled with movie fanatics who had anticipated the next installment in the IT series.

The highly-anticipated film “IT Chapter 2” is finally out! “IT Chapter 1” garnered about $700 million in box office and “IT Chapter 2” is expected to do the same. The star-studded cast includes James McAvoy and former SNL comedian Bill Hader. The movie’s runtime is almost three hours, so make sure to use the bathroom before.

“IT Chapter 1” follows the journey of the “losers” as kids and their first encounter with the lunatic clown, Pennywise. Spoiler alert, the movie finishes with the demise of Pennywise, or at least that’s what the losers believed. What they didn’t know is that Pennywise comes back every 27 years. This is where “IT Chapter 2” picks up, with the losers all grown up.

Students at WJ had different impressions of the movie depending on their horror movie background. Senior Alejandro Zuniga had a traumatizing experience due to his coulrophobia (otherwise known as severe clown phobia).

“I had to watch it with my friends. For some reason, all the jumpscares got me, even if I saw them coming,” Zuniga said.

His coulrophobia started with a surprisingly terrifying encounter with a birthday-hired clown.

“It was my birthday and my cousin decided to dress up as a clown. The clown tried to hug me and I was so scared. I ran away crying,” Zuniga said.

Senior Kemal Rahman had similar troubles but rather due to his hatred of horror movies.

“My friends forced me to watch it. I barely screamed though,” Rahman said.

Rahman noticed the difference between the first and second chapter. Rahman had no screams left after watching “IT Chapter 1”.

“I thought it was scary but not as scary as the first one. I couldn’t even watch the first chapter all the way through,” Rahman said.

Contrary to his struggle during the movie, he was optimistic once he left the theater and reflected on the movie.

“I’m only scared when I’m actually watching the movie, afterwards I’m usually good. Considering I rarely watch horror movies, much less ones about clowns, it was pretty good,” Rahman said.

In contrast to the experiences of Zuniga and Rahman, some students of WJ had good experiences. For example, senior Zanel Prieto treated the movie as a comedy.

“I couldn’t stop laughing because my friends were screaming throughout the entirety of the movie. For me, this definitely made the movie less scary. If I went by myself, for example, it would have been a different story,” Prieto said.

Other students, such as senior Nick Mendoza, were not impressed with the level of horror that the movie captured.

“I would call myself an avid horror-moviegoer. Compared to other horror movies, in my opinion, this movie was bad and not satisfying enough,” Mendoza said.

His least favorite scene was the controversial ending.

“I thought the ending was too easy,” Mendoza said.

The ending left viewers with mixed emotions. Stephen King was previously ridiculed for the endings of his books and “IT Chapter 2” is similarly controversial.

“The ending was anticlimactic for me,” Zuniga said.

What’s your opinion of Pennywise’s sequel? If you’re interested, you can watch it then join the conversation at www.wjpitch.com.