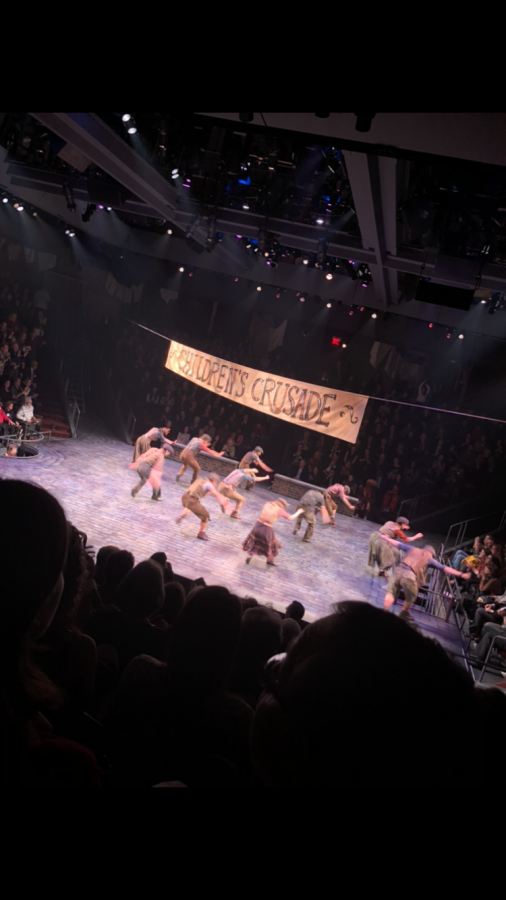 The show Newsies takes the story of a ten-cent price increase on newspapers and turns it into a theater masterpiece. The 2012 Broadway musical, adapted from the 1992 Disney movie, chronicles the New York City newsboy strike of 1899. It began running at D.C.’s Arena Stage in November.

Before the news was available through print and online newspaper subscriptions, newspapers were sold one-by-one by newsboys on city streets. Many Newsboys were young children without families and were living off of whatever money they made selling papers.

“It’s actually a funny story. When I auditioned, I actually got injured at the audition. I sprained my ankle and then I wasn’t able to dance for two weeks after that. But they felt like they say what they needed to, so I got a callback,” Davies said. “I was really lucky. Everyone in New York knows about Arena. It’s legendary for creating their level of theater.”

Newsies is about much more than just the Newsboys Strike; the show highlights the “Children’s Crusade” — a wave of children seeking better rights and working conditions.

“Usually a company will choose a piece with a particular purpose that’s somehow reflective of what’s happening politically, perhaps, or culturally in this moment in time. Newsies is an example of that,” Rory Boyd, who plays Oscar Delaney and Bill in the production, said. “It’s set in 1899, but we as a company and the creative team have done our best to try and make the resonance of today shine through.”

The dance numbers were stunning and dynamic, and most notably the impressive tap dance during “King of New York.” Director Molly Smith, a Helen Hayes Award nominee, impressed and inspired in her brilliant reinvention of Newsies, a musical theatre classic.

“I feel that musical theatre is society’s best tool to represent itself in an artistic fashion,” Boyd said. “We run until December 29th, and we do eight shows a week. I would love for people to come see the show.”