“Rise of Skywalker” fails to redeem 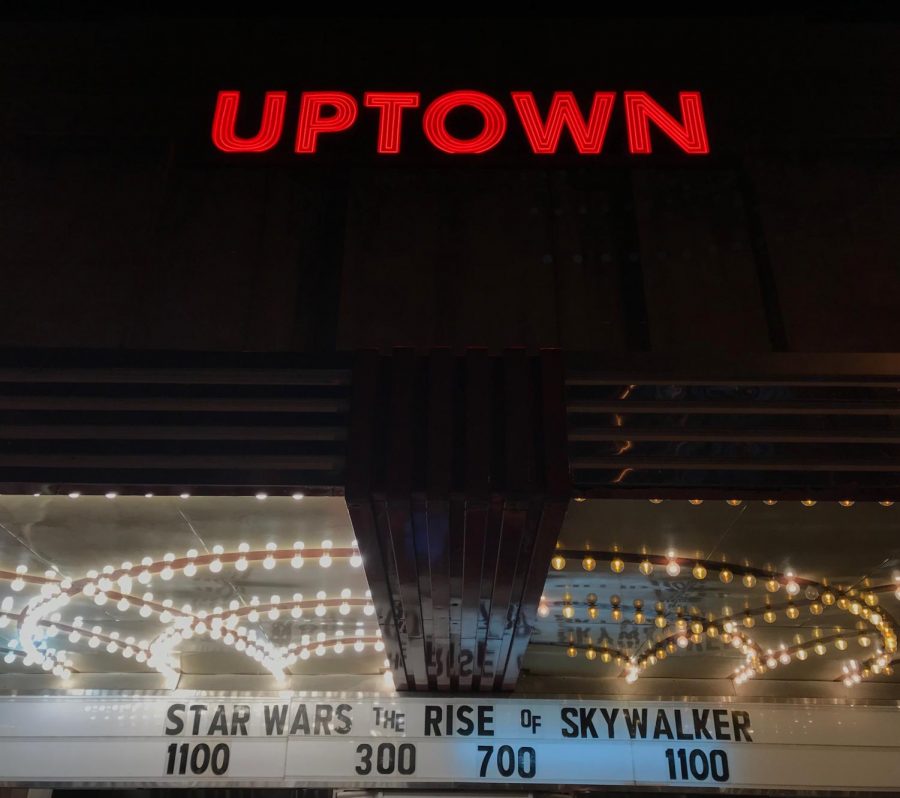 The journey to “Rise of Skywalker” began all the way back in 2015 with J.J Abrams’ “The Force Awakens”. Following it came Rian Johnson’s terrible “The Last Jedi”, which has been widely regarded to be the worst Star Wars film. Ending the trilogy, “Rise of Skywalker” sees the ultimate triumph of the heroes.

Like the anticipated and arduous birth of a third child following four years of a boring marriage and disappointing children, “Star Wars: The Rise of Skywalker” debuted in theaters following the catastrophic disaster known as “The Last Jedi”. Marred by the failures of the previous film, “Rise of Skywalker”, while visually extravagant and bodacious, ultimately fails to redeem the Abrams trilogy.

First and foremost, the first act of the film is rushed. The plot jumps from destination to destination, skipping key character development and spewing out exposition in an effort to move the film into place for the grand finale following all the time wasted in “The Last Jedi”. Director J.J Abrams attempts to rectify the horrid mistakes of his predecessor, Rian Johnson, but it’s simply too little and too late. The movie feels jarring and discombobulating; for the first 30 minutes, it feels like it has no clue where it’s going and how to move forward.

Despite this disappointing first act, Abrams steers the plot back onto course following all of the corrections and retcons he managed to fit in. Flashes of George Lucas’ original vision are drawn out by Abrams, be it through the use of practical effects, the Star Wars mythos or grandiose set pieces and action scenes.

One of the most anticipated scenes of the film—Rey and Kylo Ren’s final showdown in the ruins of the Second Death Star, does a far better job of respecting the Star Wars universe than Rian Johnson’s infamous throne room fight in “The Last Jedi”. The overwhelming difference in power between Ren and Rey is finally shown, with Ren dominating and controlling the flow of the fight with his mastery of the dark side of the Force. The setting also adds to the fight, drawing from both the original trilogy and the prequels. Taking place in the aforementioned ruins of the Death Star from “Return of the Jedi”, the scene is reminiscent of the duel between Darth Vader and Obi Wan Kenobi from “Return of the Sith”, with the two combatants traversing treacherous terrain, all the while trying to kill the other.

Arguably one of the most visually impressive set pieces in all of Star Wars, the final confrontation between Rey and the Resistance against Palpatine and his Final Order feels like a lover letter by Abrams to fans. A massive handcrafted battle between approximately 16-17,000 space ships against over a thousand Star Destroyers, this scene is one of the most ambitious to be seen in all of Star Wars. Juxtaposing this, the apex of the conflict between Rey and Palpatine, where she and Kylo Ren face off against the dark emperor, is satisfying to watch.

Despite this, the film ultimately falters in a lot of areas. As stated before, Abrams spends too much time trying to right the wrongs Johnson did in the previous movie. Due to the two different directorial visions, there’s simply no attachment the viewer has to the characters and plot. Despite the visually grandiose nature of the last act of the film, there’s no emotional ties that the movie can use to amplify it. As a result, the whole product lacks a soul. Character arcs are either rushed to conclusion, or just cut off completely due to a lack of time.

As a run-of-the-mill Hollywood sci-fi blockbuster, “Rise of Skywalker” is a decent film: it has a great score, impressive visuals, and a coherent plot. However, because it’s linked with one of the most beloved franchises of all time, it just feels disappointing and stale. There are so many different and unique directions that the trilogy could’ve gone in, but due to Rian Johnson’s need to “subvert expectations”, the franchise is irrevocably stained.

“Rise of Skywalker”, while disappointing, at least manages to convey some version of the story that Abrams wished to tell, and it’s simply unfortunate that Star Wars fans around the world will never get the chance to see it in all of its splendor.