Netflix’s YOU returns for a second season (Spoilers ahead!!) 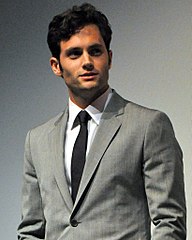 Netflix’s psychological thriller YOU released its anticipated second season and it didn’t disappoint. Starring Penn Badgley, the show follows a stalker (Joe) as he inserts himself into his victim’s lives. Season one introduced Joe, a quiet bookstore clerk who develops an obsession with a girl that he meets. We quickly find out how unhealthy his obsession is and how far he’s willing to go after he kidnaps and murders multiple people.

Season two takes off right where season one ended, with Joe fleeing to Los Angeles under an alias in fear of one of his previous victims finding and exposing him. The first episode starts off already proving that Joe’s intentions and morals are no different or better than they were last season. He ends up kidnapping a man and stealing his identity. It basically goes downhill from there, for him anyways. Joe ends up falling back into the same pattern that happened last season after he meets his co-worker, Love (Victoria Pedretti).

This season took a turn in many different directions; the added characters and victims added to the thriller aspect of the show that it was lacking last season. The characters allowed the plot to not only focus on the romance that was obviously the main plot of the first season, but also add depth to the main character and see a side of him that you didn’t see in the previous season.

In season one of YOU, audiences are introduced to Joe as the main character and they automatically have a bias towards him; even when he’s doing all these terrible things, the underlying thought is that he’s doing it all for love. Season two delves deeper into that. In the show, Joe quickly becomes acquaintances with his neighbor Delilah (Carmela Zumbado) and her little sister. Joe immediately feels the need to protect them and this, like many of Joe’s failed past relationships, combined with his narcissistic mindset that has been displayed through the show, ends in him killing another person once again. Now, not only is he murdering people for his love interests, but throughout the show, he has this mindset that he’s the ultimate anti-hero, and in his mind, it’s his duty to continue doing what he’s doing.

One of the things that I enjoyed about the series, and more in season two than ever, is the commentary that is brought up through the show. Penn Badgely (Joe) has always been adamant about the fact that YOU is trying to shape a conversation that is and has been needed to have been had. In an interview with Variety from June, when talking about the show and fans praising and rooting for Joe, Badgely said, “I think the logline on Lifetime [the network playing YOU previous to Netflix] is ‘how far are you willing to go for love?’ But I was always like no, that’s not what that is,” Badgley responded. “To me, it’s ‘how far are we willing to go to forgive an evil white man?’”.

It’s obvious that Joe is a serial killer, but like a lot of the fans of the show, I obviously feel a sort of bias toward him and feel myself unconsciously rooting for his character to continue getting away with the morally wrong things that he does.

All in all, YOU is an engrossing show with plenty of plot twists and dark turns to make for an entertaining show. Both seasons are available on Netflix and make for a perfect binge-watch.