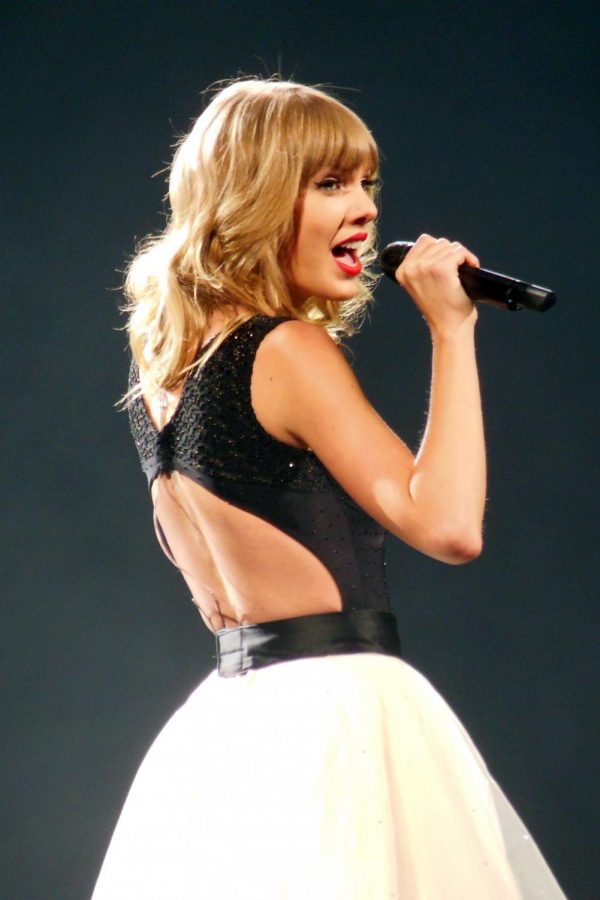 Pop star Taylor Swift sings a song off her 2012 album, Red, on her 2013-2014 tour, The Red Tour. The Red Tour is one of many of Swift's tours that the Netflix documentary Miss Americana covers.

Netflix recently released a documentary that tells the story of pop icon Taylor Swift. Miss Americana exposes what society doesn’t see of Swift, as they follow her through her child, teenage and adult years of being a star. This documentary is destined to remind all prior Taylor Swift fans why they loved her in the past.

Starting this documentary, I was not sure what to expect. As a former “Swiftie”, a part of me was excited. I attended her Aug. 2016, 1989 tour concert in Nationals Park when I was only 13 years old. To say the least, I loved it. I even got a souvenir t-shirt with Taylor’s face on the front. Nevertheless, as I entered my seventh grade year, my love for Taylor Swift eventually died out to a mere tolerance for her new music.

Then, in the summer of 2016, when the whole ‘Kanye West called Taylor Swift a bad word in his song’ feud occurred, I am ashamed to say I completely abandoned Swift.

Apparently, I wasn’t the only one, because as shown in the documentary, #TaylorSwiftisOverParty was the number one trending tweet on Twitter. The documentary especially focuses on how ‘cancel culture’ has affected Swift’s mental and physical health after that experience. Swift describes in the documentary how her experience being “cancelled” by society took a toll on her mental health. It was intriguing to see a celebrity’s perspective on this, because it’s so common for stars to become cancelled by fans due to a controversy or celebrity feud.

The documentary is composed of many side stories, everything from Swift’s struggle with body image, to her current relationship with British actor, Joe Alwyn. This is part of what makes this documentary so great. It is impossible to get bored while watching, because a new aspect of Swift’s personal and celebrity life is constantly being explored and revealed.

The phrase “Miss Americana” can be defined as a girl who represents the American “good girl” image. This is a common issue portrayed by Swift throughout the documentary. It focuses on Swift’s need to be seen as good by everyone. I highly recommend you watch this one hour and twenty-six minute documentary, it is 100% worth your time. It will not only remind former Taylor Swift fans why they loved her so much in the first place, it will also unveil a different side of Swift to people who don’t care for her.