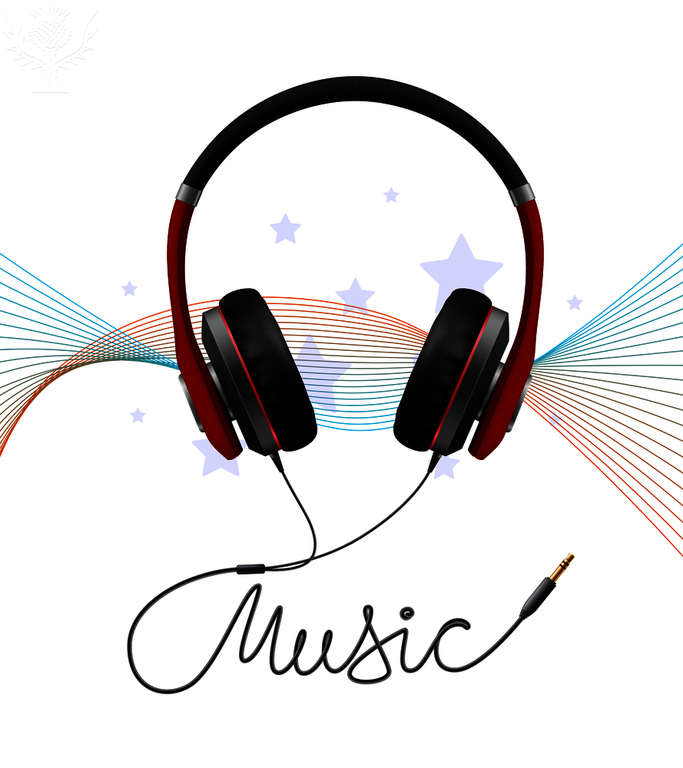 Many WJ students explored their own relationship with music during quarantine. Some students expanded their taste and others expressed themselves through playing different instruments.

Annabella Opipari, Special to The Pitch

It pulses in our headphones, thrums through our hobbies and is always wedged in our brains or dancing on the tips of our tongues. One way or another, music always wriggles into the lives of high school students.
Quarantine life is no different: music continues to be omnipresent as people still listen to music and artists still release new albums. However, while numerous high school students tread the same path in terms of their musical interactions, others have blazed new trails and expanded their musical interests and hobbies.
In the case of junior Eugene Song, the lockdown has allowed for her to rediscover long-forgotten treasures. A few of the songs she’s retrieved from the past, such as “I See the Light” from the 2010 film “Tangled,” are particularly meaningful in her eyes. “The lyrics speak to the quarantine experience. [The song] makes sense in the post-corona situation as well, so it follows the [quarantine] storyline,” Song said.
Other students have pulled even more ancient music out of storage. “I’ve spent [a bunch of] time with my parents, so I’ve listened to a lot of their [music],” junior Ryan Hachey said.
Even as a number of high schoolers experience blasts to the past, these same students (and others) also experience and cherish the finest albums the lockdown has to offer. However, not everyone agrees on what the superior album dropped during quarantine is.
Song believes the competition to be a toss-up between Ariana Grande’s “Positions” and BLACKPINK’s “The Album,” while junior Cian Haefele is confident that Taylor Swift’s “Folklore” wears the crown. “[‘Folklore’] is unlike all of [Swift’s] other music and was dropped [so suddenly]…people were thrilled, it was a genuine high point for her fans. [The album] felt like a true sign of the times,” Haefele said.
Furthermore, the lockdown has caused shifts in a few students’ musical tastes. “Before quarantine, I listened to a lot of pop and whatever was trending. Now, I listen to a lot of alternative and indie rock. I’ve been more exposed to different genres in quarantine because I’ve been spending more time on my phone,” freshman Erin Kim said.
Kim also believes that the quarantine has transformed her relationship with music. “I appreciate music a lot more now because it takes my mind off of things. I listen to it more for enjoyment,” she said.
In addition to listening to music, a myriad of high schoolers partake in performing and practicing it. Haefele, a piccolo and flute player, feels that the quarantine has helped her level up her abilities. “I have significantly more time on my hands, so I’ve been playing more and expanding to jazz and difficult classical pieces,” Haefele said.
Hachey, who plays the French horn, claims that he was able to have more fun and free reign playing in early lockdown. “[In school], I focus more on technique and perfecting [my playing].When quarantine started, I was able to pick out songs I wanted to play, like stuff from movie soundtracks and pop songs. I tried to move away from [the music] school hands us,” Hachey said.
While the relationships high school students have with music may vary, one thing is uniform–everyone has a connection of sorts to music, whether it be practicing an instrument, blasting it through speakers or something else entirely. In a world where everything has been turned upside down, everyone can rely on music to both keep them grounded and help them escape reality.