Are your parent’s movie suggestions worth your time? 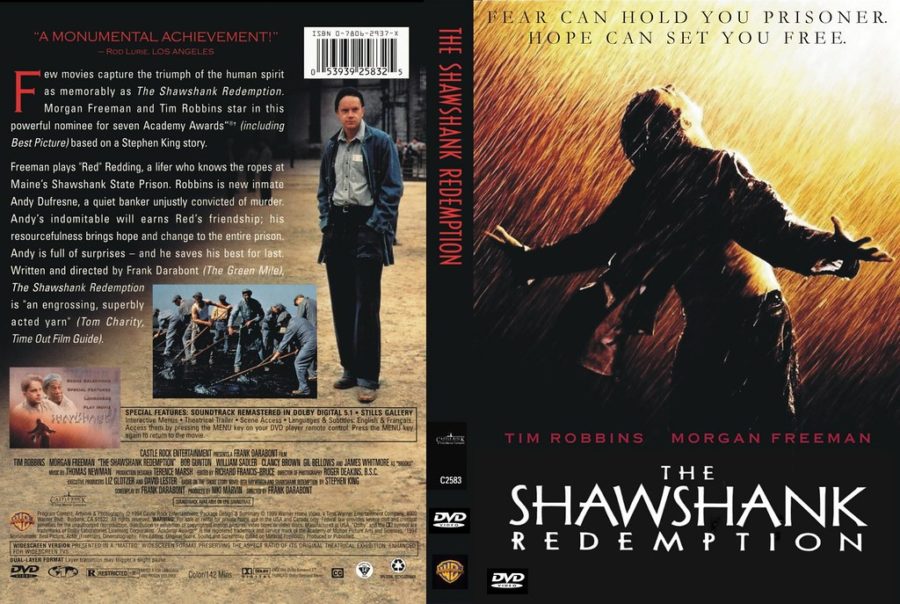 Julia Garms, Special to The Pitch

What your parents call “classic” movies should all be considered in your free time. They’re referred to as “classic” for a reason, but those movies may differ from family to family as well.

I hate to say it but I only recently watched Fight Club for the first time with a friend because both of our parents kept telling us to; it’s now one of my favorites. This R-rated movie is focused around a loafer (Edward Norton) in a white collared shirt who lives a boring life working in an office cubicle. He soon finds himself an adrenaline rush from engaging in fistfights.

How did he come across this interest you might ask? Tyler Durden (Brad Pitt). Norton’s mentor and psychotic friend, Pitt plays an intriguing role surprising watchers with how he chooses to live. Durden is a careless, not at all anger-ridden character who makes and sells soap from his kitchen which viewers sooner than later find out is liposuctioned fat used to make dynamite.

The friends start “Fight Club,” a secret society of men who meet in the basement of a bar and batter each other to receive some sort of high. The brutal violence, nudity, foul language, mind games and alcohol are exploited without discretion; it should be withheld from young viewers for its portrayal that self-inflicting pain can be for sport. Nonetheless, it is an amazing Hollywood film.

Another one on this “classic must-watch list” is The Shawshank Redemption.

The movie is developed through a tough, complex story told with clarity, compassion and considerable dramatic force. Andy Dufresne (Tim Robbins) is convicted for the murders of his wife and her extramarital partner. He faces two consecutive life terms in a brutal prison. However, only Andy knows the truth of his innocence yet still endures a horrendous life behind bars in a cold cell.

Throughout his time, he forms a friendship with “Red” (Morgan Freeman and narrator), suffers the brutality of prison life and adapts to the ins and outs of living more lavishly. Andy is accounted for his banking skills and uses them to woo fellow inmates, guards and even the warden. In an attempt to be set free, Andy involves himself in the warden’s illegal money laundering operation while benefiting from the spoils of the illegal activity.

Throughout his 17 years in prison, he plans an escape within the prison’s walls after undergoing an emotional and physical change. This movie is a must-see if you desire to watch a journey of a man falsely convicted of murder and how he comes out on the other side a changed person.

On the topic of changed men, Wolf of Wall Street starring Leonardo DiCaprio is a film revealing a side to the actor you may have never seen before.

The three-hour exhausting, disgusting and illuminating fim is one of the most entertaining movie pictures about loathsome men which will have you asking the question of “How will this end?”

Jordan Belfort (DiCaprio) is a middle-class stockbroker born and raised in Queens. He works under an arrogant, crack-snorting sleazeball (Matthew McConaughey) at a blue-chip firm until the stock market crash of 1987. In an attempt to reinvent himself, Belfort starts his own firm, Stratton Oakmont, employing a bunch of middle-class investors.

Belfort and his long-time best pal Donnie Azoff (Jonah Hill) work to make a fortune by defrauding wealthy investors using their charm and manipulative wordplay. While Belfort and his amigos indulge in the pleasure-seeking of sex, drugs, luxurious living and high thrills, government agencies and the FBI work to take down his empire of success for their money laundering schemes.

Being a billionaire seems great after seeing Jordan Belfort’s life through a 100 million dollar film — which is just under the amount in restitution that was ordered as well as two years in federal prison and one month in rehab — you begin to humble yourself and think life isn’t so bad being in the middle-class.

Sure, these “classic” movies are about living life through crime and violence, but they are purely to entertain the public’s eye in ways that show you what is right from wrong. These movies will keep you laughing from your favorite actors’ poor behavior and will have you longing for the life of tomfoolery that you simply only see in the movies.