The Dig takes a few too many creative liberties with history 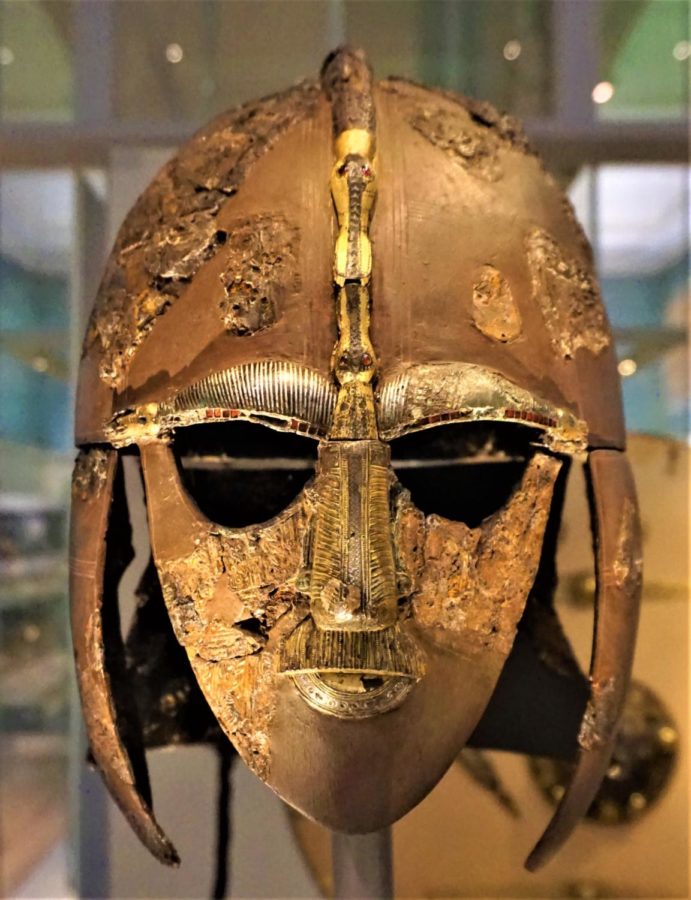 The new Netlix film The Dig follows the archeological efforts to uncover the Anglo Saxon burial mounds at Sutton Hoo. Pictured is one of the most significant discoveries of the site, an Anglo Saxon King's helmet.

“The Dig” right off the bat, seemed to check all my boxes for an enjoyable viewing experience. A period piece set on an archaeological dig with an Indiana-Jones-but-drearier aesthetic? I was shaking in my tweed. Unfortunately, the film fell short of my expectations.

“The Dig” surrounds the real-life efforts of English archaeologists to uncover the Anglo-Saxon burial mound at Sutton Hoo, a groundbreaking discovery that redefined the way historians consider the Middle Ages. The film focuses on two central characters for the most part: the gruff but loveable lead archaeologist and the wealthy widow who owns the land of the dig site. From the film’s depiction of her, an audience would characterize Edith Pretty as a tragic figure, a sickly waif withering away from a mysterious heart condition who just wants to see the excavation through before she shuffles off this mortal coil.

There’s nothing inherently wrong with a character like this, but there is a glaring problem here: she was a real person who was nothing like this whatsoever. The real Edith was a formidable woman who traveled widely throughout her life, a keen spiritualist whose motivation for digging up Sutton Hoo may have been at least partially occult. She served with the Red Cross during World War 1, was a magistrate, and was offered (but declined) the honor of a CBE for her donation of all the Sutton Hoo artifacts to the British Museum. She was in her late 50s during the time of the excavation but was aged down for the movie, played by a more palatable thirty-something, Carey Mulligan.

There’s also a romantic subplot in the film between one of the junior archaeologists and the site photographer. Lily James plays archeologist Peggy Piggott, based on a real woman who was highly respected in her field. In the film, however, it’s implied that she was only chosen for the dig because of her small stature, as to not break the fragile ship. As if this wasn’t bad enough, the male photographer character is completely made up and replaces the real photographers of the site, who were both women.

Despite my issues with its loose interpretation of the facts, this film was a genuinely lovely viewing experience. The cinematography created a slow, countryside vibe that isn’t seen much in modern films. It was nice to just sit back and let the pastoral scenes wash over me, to take a deep breath and feel like I was really there on Edith Pretty’s country estate, watching history be made.