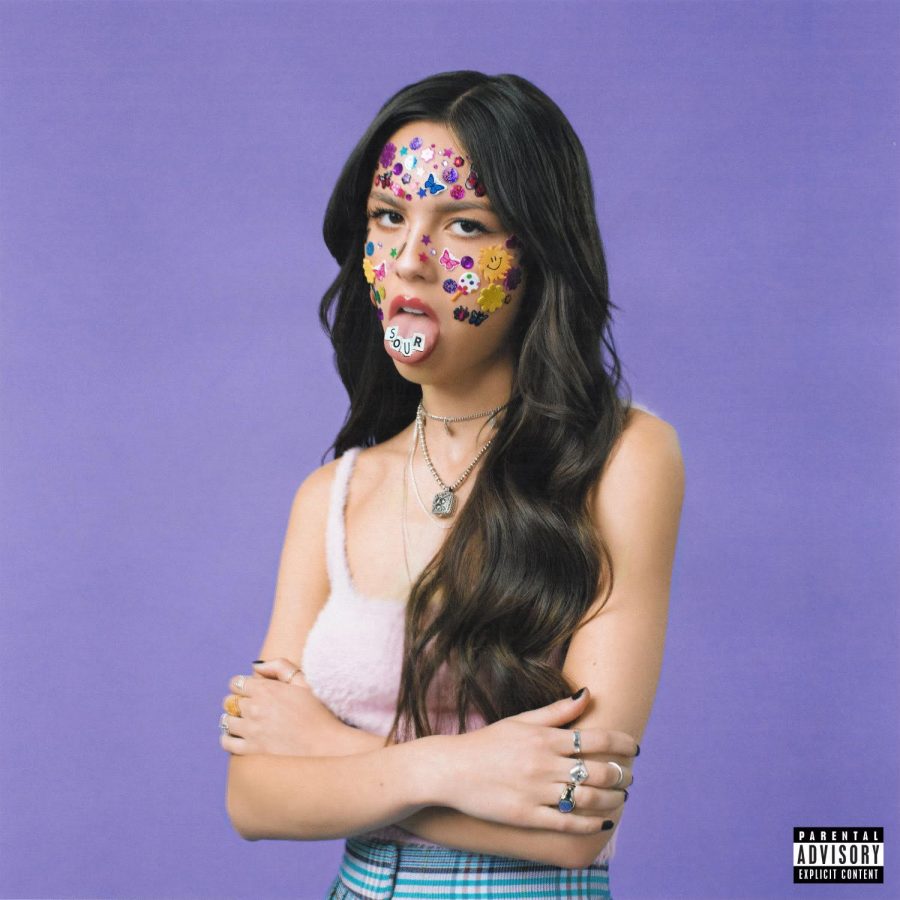 While she is often considered the next Taylor Swift, 18-year-old Olivia Rodrigo has been all over the internet with her new music releases and her meteoric rise to stardom.

Disney has been known for creating stars over the decades and Rodrigo is a prime example.

The Filipino-American teenager began her career in the entertainment industry as a 13-year-old child actress. Her first role was the lead in the American Girl Dolls’ movie, “Grace Stirs up Success,” and two years later, she landed a role in the Disney TV series, “Bizaardvark.”

Her singing career blossomed in 2019 as a cast member of “High School Musical: The Musical: The Series,” on Disney+, in which she was given the opportunity to write a song and co-author another. Her song, “All I Want,” gained exposure on TikTok, where trends conspired with her sound.

“I started noticing her everywhere on TikTok, which made me curious about her music,” sophomore Nicole Weaver said.

Rodrigo’s life changed in the following months when she signed with Geffen and Interscope Records before the pandemic in 2020. That summer, she collaborated with her producer Dan Nigro, writing and recording music of her own. She posted clips of “Quarantunes” on Instagram, which helped to grow her fan base and highlighted her abilities as a songwriter.

January of 2021 was the big debut of her first single, “drivers license,” a ballad that captures the heartbreak from an ended relationship. The fans believed the song was about a Disney co-star moving on with another actress, which created a love-triangle drama for Rodrigo on social media. The song “drivers license,” rose to the number one spot on the Billboard Hot 100 and broke debut streaming records on Spotify.

Rodrigo gained millions of followers and the huge traction influenced her decision to make an album rather than an ep, which was already in the works. Her next single, “deja vu,” was released on April 1st and it charted in the top 10 in the Hot 100 along with “drivers license,” making her the first artist to do so. Not long after, she performed at the Brits award show, appeared as a covergirl for Elle and Billboard magazine, and was chosen as MTV’s May push artist.

The last single before the release of her album gave a sneak peak to the versatility of Rodrigo’s work. With the name, “good 4 u,” the pop-punk, grunge song is now breaking her previous records. She performed both songs on Saturday Night Live a few weeks ago.

On May 21st, Rodrigo released her debut album, “Sour.” Fans have voiced that this album shines light on emotions that are often looked down upon for teenagers, specifically teenage girls. Her songs incorporate rage, sadness, jealousy, and the overall sour attitude one can feel after any kind of relationship breakup.

“Her lyrics are really relatable and resonate with a lot of things girls my age go through,” WJ junior Jo Meriot said.

The songs aren’t the only relatable thing Rodrigo has published, she is a typical teenage girl that a lot of fans find comfort in. Countless times in interviews she has expressed her obsession about Taylor Swift and other popular artists. Also, she unashamedly talks about how she deals with sadness and anger frequently.

Acknowledging her Filipina identity, Rodrigo openly talks about her heritage to news outlets. While extreme underrepresentation of Asian Americans in the American music industry, it is encouraging to see her gain popularity as an artist. Adding on, It’s important for young Asian Americans to know that it’s possible for people like them to accomplish big things and succeed in the music industry.

“I’m glad to see Olivia Rodrigo make it as an Asian American artist at such a young age. I hope to see more breakthrough artists like her,” sophomore Gigi Relacion said.