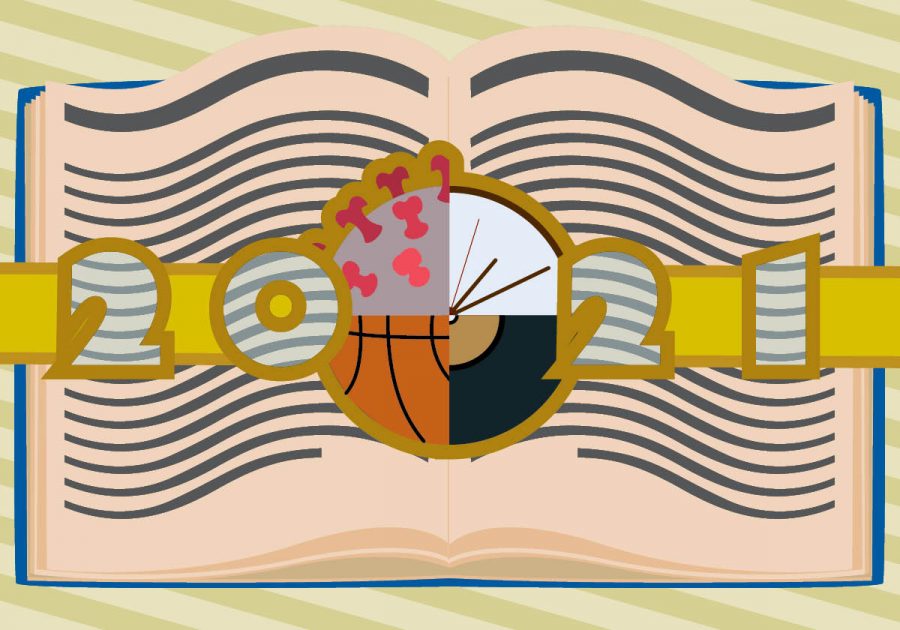 Mystery: The Plot
The Plot, written by Jean Hanff Korelitz, is a book about writing a book, with the format of a story within a story. It’s a mystery thriller about an author who becomes famous by stealing someone else’s work, he thinks he’s gotten away with it until he starts getting anonymous correspondence from someone threatening to expose him. The novel builds tension slowly and speeds up in a sense of urgency that keeps you reading through the night.

Runner Up: The Last Thing He Told Me

Romance: The Spanish Love Deception
Fake dating and a destination wedding… What better way to start off an enemies-to-lovers romantic comedy? Lina and Aaron are colleagues, but when Lina needs a date to her sister’s wedding Aaron volunteers to be her “fake” plus one. This slow burn romance is perfect for fans of The Hating Game or Shipped and is sure to become anyone’s new favorite comfort book.

Runner Up: The Love Hypothesis

Biography/memoir: Just as I Am
In this riveting memoir Cicely Tyson chronicles her journey from her shy, religious childhood, through her six decades on stage and screen. But as Tyson says, “Just walking through this life as a Black person, and actually surviving that, was and still is an ovation worthy performance.” Life as an actress, daughter, mother, were all made more difficult because of the color of Tyson’s skin, but she didn’t let this stop her – now she’s ready to share her truth with the world.

Runner Up: The Daughters of Kobani: A Story of Rebellion, Courage, and Justice

Nonfiction: The Premonition: A Pandemic Story
Highly relevant and highly enthralling, Michael Lewis brings us an incredible nonfiction thriller about the clash between medical experts and the Trump administration’s ignorant response to the Covid outbreak. Lewis champions scientific visionaries who worked against misinformation and conspiracy theories, even when it posed a significant risk to their safety – sometimes the walls literally have ears.

Runner Up: The Anthropocene Reviewed: Essays on a Human-Centered Planet

Sci-Fi: Project Hail Mary
Author of The Martian, Andy Weir, astounded readers with another brilliant sci-fi space adventure back in May of this year. When the entirety of humanity is facing extinction, the world’s most brilliant minds, governments, and even one anxious middle school science teacher must band together to save the world. This book is like magic school bus times one million. Weir takes readers on an interstellar journey of survival and scientific mystery, while still retaining a comedic tone and realistic narration.

Runner Up: Klara and the Sun

Fantasy: Under the Whispering Door
TJ Klune once again pulls off a heart wrenching, soul warming, tear jerking masterpiece of a novel. When Wallace Price dies he is taken by a reaper to a small village tea shop where Hugo, the ferryman to dead souls, welcomes him. Slowly Wallace learns about all the things he missed in life and finds solace in the kind locals. Putting an interesting, comedic, and whole-heartedly warm spin on the afterlife, Klune has created a beautiful contemporary fantasy about a ghost who refuses to cross into the afterlife and the ferryman he falls in love with.

Runner Up: The Jasmine Throne

Young adult: Firekeeper’s Daughter
Debut author Angeline Boulley has crafted a groundbreaking YA thriller about a Native American teenager who must root out corruption in her community. When she witnesses a shocking murder Daunis is pulled into a police investigation that could threaten everything she loves, including the mysterious boys she has fallen for. This novel teaches readers about native culture but the main backbone is provided by the powerful characters and backstories that drove the novel throughout.

Runner Up: Rule of Wolves