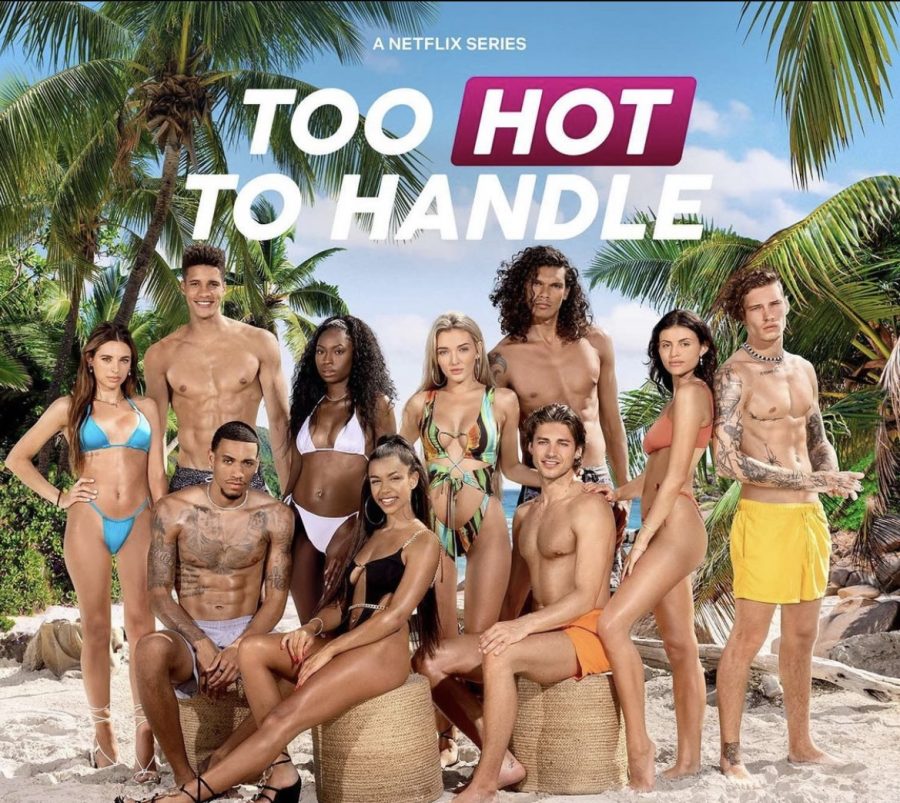 As the beloved reality show Too Hot Handle releases its third season, an intriguing new cast with unprecedented plot twists prompts excitement, but also concern as to how the show, among other similar reality shows, is impacting us.

Rather than reviewing the much anticipated and highly popular second season of Netflix’s Too Hot To Handle, I find it more effective to analyze the impacts of the show as a whole, and other related reality shows.

We can categorize shows such as the Bachelor/Bachelorette, Too Hot To Handle, Are You the One, and several others together by one common feature: the presence of relationships in reality TV.

I am a sucker for a good reality TV show, as I am an avid watcher of the Bachelor/Bachelorette and Too Hot To Handle and anxiously await the release of new episodes. However, my deep desire to turn on the Bachelor, order a pizza and be completely engulfed into the world of dramatized TV for an hour never serves me well.

Let me explain; I never fail to feel the momentary pleasure of watching reality dating/relationship shows, but in the grand scheme of things, these shows simply uphold disgusting, and honestly offending, societal standards and normalize them to a point where they are accepted outside the world of the TV.

We hear over and over that reality dating shows set a bad example. But I want to add an element to this overused phrase to contend that not only do these shows set harmful examples for kids or young adults who lack the experience of a mature romantic relationship, but these shows enforce the dangerous examples of societal norms, especially pertaining to women.

It is obvious that the premise of Too Hot To Handle, without even viewing a minute of the actual show, is entirely focused on physical attractiveness. While this can be the intrigue of the show, it also has rather troubling effects.

Because this show (along with the Bachelor, Are You The One, etc.) focus so heavily on physique, they only contribute to the unrealistic and atrocious societal norms of attractiveness should/shouldn’t look like, yet they still call it REALITY TV!

This is not so groundbreaking within itself, and rather obvious with many of the examples I am using. However, what I feel is the most alarming aspect of these shows, is the subtle efforts to uphold these standards that viewers witness completely subconsciously.

For example, why are the women in Too Hot To Handle always in bikinis, and the men always shirtless? They are not always lying on the beach or going for a swim. Rather, most of the show is filmed indoors, or while the cast is lounging around the retreat center. This subtle, but intentional directorial decision subtly drives the attention of the viewer away from the true intentions of the show/experience, and nearly forces them to focus solely on the conventionally attractive physiques of the cast.

Same goes for Are You The One, and the ‘challenges,’ often include women wearing little clothing usually when it is uncalled for. The Bachelor and Bachelorette similarly target the physique of the contestants in simple ways such as wardrobe or makeup choices.

This might seem repetitive, obvious or irrelevant, but once you start questioning the subtle agendas of the directors and contestants themselves, you will soon realize the magnitude of the issue at hand.

My intention is not to condemn these shows themselves or tell you not to watch them, but merely to open your eyes to the details in reality shows that really do make an impact on how you might perceive a relationship.