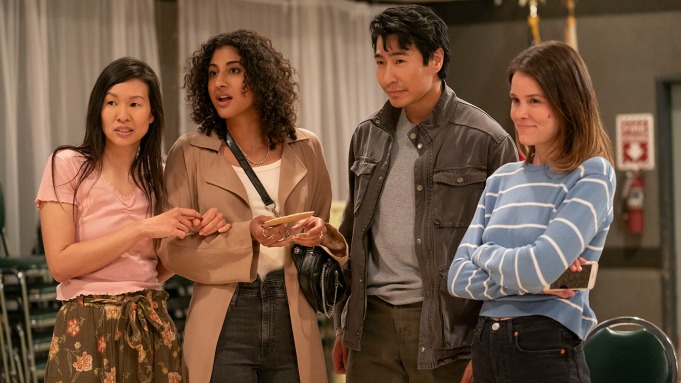 As We See It was released through Amazon studios in January. The show follows three young adults on the autism spectrum and their caregivers.

I don’t know where to start. It’s not perfect—the background music in heartfelt scenes is overused, the writers rely on romance a bit much and some scenes are too fast. But it is incredibly well done, to the extent I am proud to dismiss those flaws to see the beautifully honest story its writers envisioned. “As We See It,” an Amazon Original series released this January, follows three autistic adults in their early twenties, Harrison (Albert Rutecki), Violet (Sue Ann Pien) and Jack (Rick Glassman), each of which displays their autism in very different ways. They share an apartment and an aide named Mandy (Sosie Bacon) who helps them through their daily struggles and who herself is trying to figure out how she wants to develop her career.
We see everything, and we feel it all too. We’re dropped into Harrison’s little haven in this vast, scary world. We see how Violet’s brother and primary caretaker struggles to give Violet the freedom she desperately wants, but ultimately has to restrict her from potentially risky scenarios. We see how Jack struggles to comprehend his impending need to be self-reliant when his father is diagnosed with cancer.
The most impressive part of the series is its disconnection from Hollywood’s classic plot arc, beginning with suspense, and ending with resolution. Instead, it takes a much more modern approach. No one in the story is presented as inherently bad—everyone just has their own interests and differences, and although conflicts aren’t anyone’s fault in particular, they can be heart wrenching nonetheless. Furthermore, the show deserves a round of applause for hiring three neurodivergent actors to play the autistic trio.
Sometimes the characters’ displays of autism can feel childish—in a way that makes us feel like it’s a coming-of-age series. But with this, we sympathize with the characters even more. In its modern fashion; every character learns and grows in their own way. Some change in deep ways while others just pass through life, collecting experiences that ultimately shape them with time. Although the show’s primary intention is to get us to feel for the character’s struggles, there are scenes that can make you hysterical. Not in the way that makes you laugh out loud, but in the way that makes you almost have to turn it off because it’s just about to get way too embarrassing to handle, and the writers’ ability to put you in the characters’ shoes makes it all the worse.
Although the show is definitively entertainment, the perspective it takes on how autism is handled in the U.S. is surprisingly at the forefront of the field. The primary approach to handling autism in the U.S. is Applied Behavior Analysis (or ABA), which essentially focuses on making autistic individuals “more normal”. This approach was founded on teaching obedience, which ultimately led to abuse of that obedience. Given this, modern approaches to handling autism revolve around adjusting to the needs of the autistic individual. This show, surprisingly, advocates for this new perspective on autism.Though the average high schooler may not appreciate the show due to its lack of short-attention span laughs and gossip worthy events; however, those who can extend their empathy to scenarios they might not directly relate to will find it worth every minute.