MCPS needs to bring back pass and fail grades 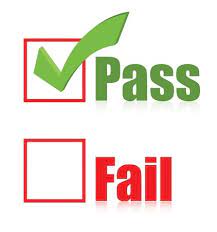 Last year, MCPS made the fourth quarter pass/fail given the struggles of online learning. This past year has likewise been almost completely online. Making this year pass/fail would have been a good decision.

Something that everyone can agree on is that online learning is not ideal. Teachers and students alike have suffered together through everything, from Zoom crashes to pranksters disrupting classes to connectivity issues. Everyone knows that science isn’t the same without lab experiments, and band class just doesn’t feel right on a computer.

Yet, in this mentally stressful, less than ideal, make-it-up as we go environment, we still expect students to perform to the standards of in-person years of the past.

Some child psychologists argue that there is a second pandemic going on right now, a true mental health pandemic. As everyone is stuck at home, robbed of most social interaction and placed in a stressful situation every single day, rates of people being diagnosed with anxiety and depression are skyrocketing. These cases include children, who hold worries about school, about where their next meal may come from, about their grandpa who is sick in the hospital that they can’t go visit.

This is the reality of the situation. Kids should not be expected to perform as they would in a normal environment; especially in this environment, with its emphasis on self-paced learning and self-reliance.

Juniors are being forced to spend the most important year of their academic careers toiling away in online school. Many juniors take several AP classes, and thus face the expectation to self-teach themselves significant portions of college courses. They are also expected to take multiple rigorous college level exams at the end of the year without adequate preparation.

Students all around the country agree that it is much more difficult to be successful in online learning than traditional schooling. There is no arguing that simple fact — the grade data shows it.

The lack of compassion and understanding from the powers that be in MCPS is appalling. There is a general consensus that many teachers aren’t making the tough times any easier. Many teachers are giving more work than ever under the pretense that they only see their students half as much so they don’t want them to fall behind. However, this viewpoint lacks the broader context. Teachers are in just as difficult a situation as their students. This is all the more indicative of why we need greater direction from the central office.

If students acquiring knowledge is the end goal of school, we shouldn’t be creating a results-oriented system, which creates a vast system of students everywhere cheating in order to get the results expected of them. Many teachers have stopped giving at home quizzes due to the vast amount of cheating present in schools, which in turn makes it more difficult for students to get their grades to where they want to be. Focusing on grades puts students and teachers in an unwinnable position. Students simply are not learning, and teachers cannot in good faith stop giving as much work.

All of these examples why we shouldn’t be placing so much pressure on young children’s shoulders through unforgiving grading systems, and instead must implement a county-wide pass/fail blanket over all of our grades.