Unity is needed now more than ever 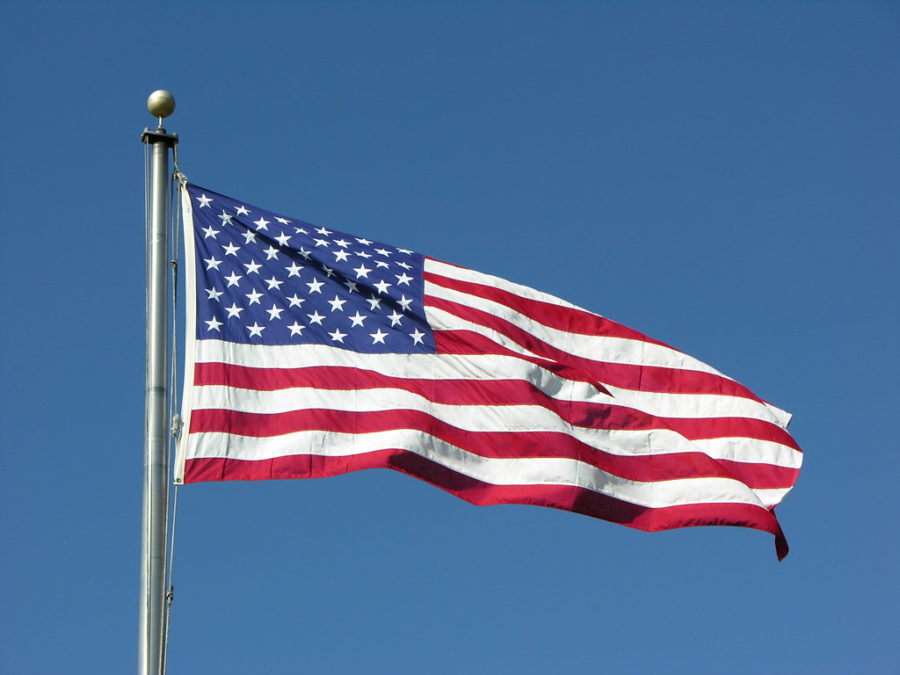 With a chaotic election, an unruly summer and an insurrection, America is almost as divided as it was during the Civil War. Now is a time for unity.

Olivia Zaid, Special to The Pitch

“We the people of the United States.” These are the first words of the Preamble to the U.S. Constitution. Seven simple words that define what the founding fathers envisioned this country to be: United.

Yet, after the 2020 election between Donald J. Trump and Joseph R. Biden, America is more divided than it has been since the Civil War. It is divided on issues of race, environment, law enforcement and more. On Jan. 6, that divisiveness was not only proven to be undeniably present, but also dangerous. The riots at the Capitol building were made up of right-wing extremist groups and adherents to conspiracy theories such as the Proud Boys and QAnon, as well as Trump supporters who falsely believed that the election was wrongly stolen from them.

Yes, Joe Biden was sworn into office and is now president, but these groups will not magically disappear because Trump left the presidency; the riots made that extremely clear. The past four years of the Trump administration opened an endless number of wounds within the United States — wounds that were always there but were never recognized — and while it is the government’s responsibility to heal them, it is the American people who will have to close them.

Over the past year, the world has been exposed to more problems within the United States than ever before: an overdue reckoning on systemic racism and police brutality; the spread of false information; voter suppression and everything involving COVID-19. The experience has been overwhelming, draining even.

Yet the American people keep moving forward. They do their best to fight for what they believe in and exercise their first amendment right to speak their mind through protests, social media posts, voting and more. The belief that they can make a difference is tested, but not destroyed. This is incredibly important in the grand scheme of our country’s progress because it is the people who have the power to create change.

After the killing of George Floyd, it was estimated that between 15 and 26 million people had participated in the summer protests. After four years of living through the Trump administration, 81,268,924 people got out the vote and elected Joe Biden as our 46th president, and they even gave him a democratic majority in the US Senate. Any progress that has been accomplished has been because of the public’s cries for change and the government’s willingness to execute their requests.

In a democracy, the general public has the most influence on the government’s response to issues. The wall between liberals and conservatives in America looms over every political discussion, and the only way to break it down is to address each brick that makes up the division. Have the necessary conversations, spread truthful information, listen to what others have to say — that job falls to the people.

Government officials are a heavy source of influence, we saw this during the insurrection of the Capitol when Donald Trump encouraged his supporters to “fight like hell” during his speech prior to the riot. Politicians have the ability to take action through the power the people give them, they can institute the change that the people fight for. One might think this means the government is the way to fix this country. But notice how “the people” are the ones who give them the power in the first place, notice how the “the people” are the ones who fight. It is the people who have the power in this country, and it is the people who will have to break down the divide. Government officials can share their thoughts and ideas to influence their constituents and sway them towards a certain opinion, but it is the constituents who will have to decide whether or not to listen.

Uniting a country is no easy task. It is impossible to make everyone happy, there will always be those who don’t agree with certain things. But making everyone happy isn’t the goal when it comes to uniting a country that was once thought to be the most powerful in the world. The goal is to reaffirm the nationalism that is necessary to bring people together; relight the flame that went out so many years ago.

In order to unite this country, it is crucial to recognize who is behind the label of Republican or Democrat, liberal or conservative; see each other as fellow Americans rather than enemies. As the great Theodore Roosevelt said, “This country will not be a good place for any of us to live in unless we make it a good place for all of us to live in.”