50 years later: How a WJ alum wrote 37 years of history 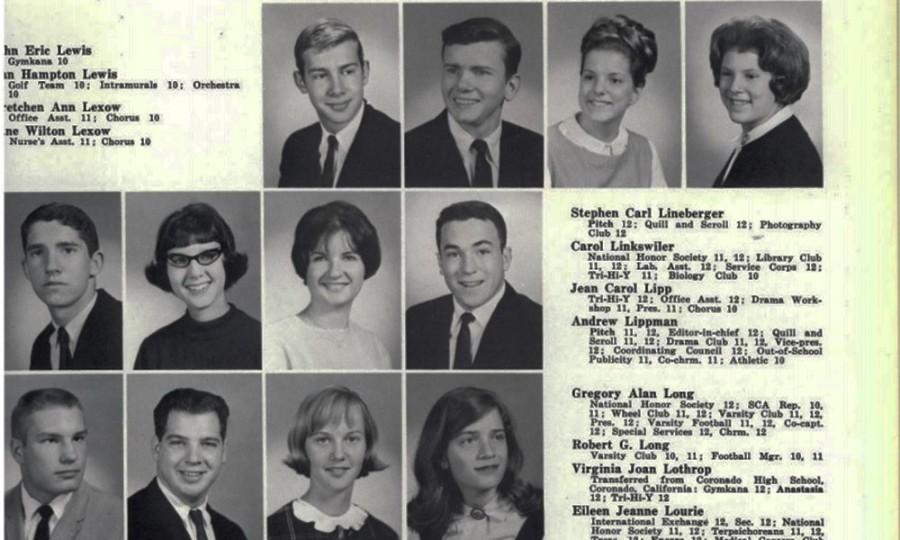 50 The twentieth century in America was an era of tremendous consequence. The headlines from this period of our history have included everything from the space race to the O.J. trial to the rise and fall of the Ku Klux Klan. Taken as a whole, each of these news events helped write the story of modern American history.

Stories like these may have defined Andy Lippman’s life more than anyone’s: a lifelong journalist, Lippman dedicated the last half-century of his life to chasing these big stories.

Lippman was raised in Bethesda and attended WJ for three years, from 1963 to 1966. Both the town and the school looked very different when he lived here. WJ was surrounded mostly by farmland instead of big office buildings. Bethesda was low-rise and middle-America, without the upscale restaurants and high-rise developments growing across the town today.

Lippman got his start in journalism as early as middle school on North Bethesda Junior High’s student newspaper. His engagement in the world of news continued to swell in his high school years.

“I was interested in journalism [early on],” Lippman said. “When I was in high school I started working for the Washington Daily News [newspaper], which no longer exists. It had a program where you could cover high school sports games on weekends, and a sports writer [for the newspaper] would work with you on your story.”

Lippman was the editor-in-chief of The Pitch during his senior year at WJ. This position was his first real taste of leadership in journalism, a skill that would serve him well in years to come.

“Working on The Pitch really kept me focused, and particularly being an editor really gave me a sense of responsibility,” Lippman said. “[I learned] how to delegate and how to work on projects on a regular basis.”

After graduating from WJ, Lippman attended Northwestern University. He earned his degree in 1970, then found a post-college summer internship for the Associated Press (AP) that would help him launch his 37 years career with the AP. This career would ultimately take him across the country, leading him to cover some of the biggest news events of the twentieth century.

Lippman started out his journalistic career in Phoenix, Arizona. He then worked for a while in Tucson, before being moved to the national sports desk in New York City. It wasn’t long before Lippman ascended through the ranks to the head of the AP office in Cincinnati, Ohio. Before retiring, Lippman would spend time as the head of AP operations in Kentucky and Los Angeles.

Lippman didn’t get through his long career in journalism without his share of close calls. While covering a Ku Klux Klan rally in Cincinnati, Lippman got himself in the middle of the action – and if not for his quick feet, he could have left in a stretcher.

“There was a group of blacks that came near the rally, and the Klan members got angry,” Lippman recalled. “I stupidly got between both groups. Suddenly, I saw a bottle fly above my head and heard the word, ‘charge.’ The Klan was charging the blacks. I got out of there fast.”

Lippman moved from Cincinnati to Los Angeles, where he got his first big gig: helping report on the landing of the first ever space shuttle in 1981.

“There were no cell phones in those days, [so] we had to string landline across the desert floor,” Lippman said. “I was assigned to do a first person on what the landing looked like. The shuttle starts coming in and swings around and makes these two sonic booms, and then turns and starts to drop. I’m on the phone and all I can say is “Holy, sh–. You should see this. This is amazing.”

Lippman was so engrossed by the sight of the soaring shuttle, he nearly forgot to report on what he was seeing. He eventually “snapped out of [his] euphoria” and delivered the story.

Covering Los Angeles was something of a journalist’s dream in the 1990s. As the head of operations in L.A., Lippman was able to cover events that marked the path of American history. His office was the first to break the story that Lakers point guard Earvin “Magic” Johnson had been diagnosed with HIV in 1991.

“When I was in Los Angeles, one of my staffers came in and shut the door and said ‘You’re not gonna believe the story I’ve got: Magic Johnson has HIV.’ We were the first to have that [story],” Lippman said.

As head of operations in L.A., Lippman also oversaw coverage of the North Ridge earthquake, the 1992 Rodney King riots and one of America’s most infamous murder trials: the trial of NFL running back and actor O.J. Simpson, accused of murdering his ex-wife.

“The ‘Bronco Chase’ was one of the most amazing days of my life,” Lippman said. “That day was probably the most competitive day [in journalism]. From a journalistic point of view, to be in charge on that day in Los Angeles was just amazing.”

Lippman’s coverage of the O.J. trial epitomizes how journalists define history. Americans were riveted by the case in 1992, and today many still are.

But according to Lippman, the most rewarding experiences in journalism are coming face to face with some of the most famous and fascinating people in the world.

“The amazing thing about journalism is you get to meet people who an ordinary person would never get the chance to meet,” Lippman said. “I got to spend two days with Mother Theresa in eastern Kentucky. She was founding a mission in coal country, and I spent three days down there. It was just amazing.”

Lippman has also met Presidents Jimmy Carter and Gerald Ford, evangelist Billy Graham and NBA Hall of Fame member Larry Bird. It was often the interviews with totally unknown people, however, that proved the most incredible.

“One of the things I really liked to do was I liked to cover people in unusual situations,” Lippman said. “I interviewed this couple that decided they didn’t want to live in the city anymore, so they decided to move to an island. To get to the island you had to go to the other side of the Ohio River and ring a bell, and they would come and get you.”

Once while working in Cincinnati, an article in the Food section about one woman’s pickle relish recipe caught his eye. His decision to travel out to meet her led him to a heartwarming Mother’s Day story.

“In the [Food section] article, she was talking about how she had this big family. So I went with a photographer out to see her. It turned out she and her husband had adopted 26 children. Many had no arms or no feet, and this couple just did it out of the kindness of their own hearts. It ended up being a national Mother’s Day story for the [Associated Press].”

“That’s the other thing about journalism,” Lippman added. “The variety of things that you cover ranges from Mother’s Day stories and people that live on islands to O.J. Simpson, earthquakes and riots.”

Lippman’s 37-year career in journalism allowed him to contribute to the story of America in the twentieth century. A stack of old issues of The Pitch, kept in secret by his late mother for years, has always served as a reminder of where it all started.

“When [my mother] died, we found a box we didn’t know she had,” Lippman explained. “When we opened it, it contained all the stories I had ever done, from The Pitch all the way through college. [Now] I have all these issues of The Pitch, which are as much a treasure to me as all the stories I’ve done.”

Lippman added: “I’m really grateful to her for collecting them.”

Now retired, Lippman spends his time mentoring students on a high school newspaper in South Pasadena, California. He has recently offered to do the same for WJ. He is excited about the future of journalism and where the next generation of students will take it.

“With audio and video, [journalists today] are going to be able to tell stories in different ways, and it’s going to be wonderful,” Lippman said.

Lippman reflected on what he’s learned in the 50 years since he graduated WJ, and offered this final piece humble advice for the class of 2016 and beyond:

“What you’re doing now, whether you know it or not, could really impact your future in ways that you can’t imagine,” Lippman said, adding: “I hope that the students of WJ find the joy in their career that I found in mine.”