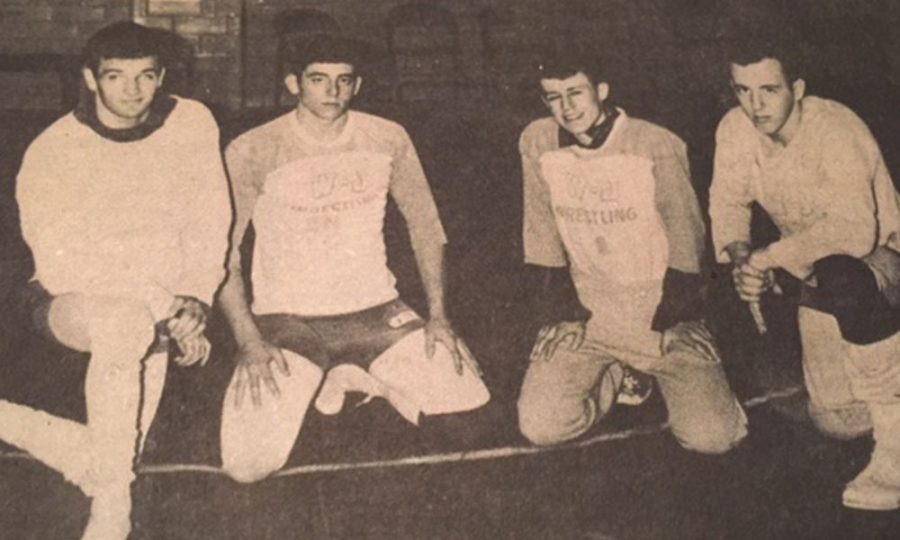 Dr. Anthony Vitto was a jack of all trades during his tenure at Walter Johnson High School. He was a wrestler and a feature editor for the school newspaper, The Pitch. However, WJ was a lot different than it is now.  In regards to wrestling, there was no concern on making weight like it is now.

“If you were on weight two weeks before a match, you were fine,” Vitto said. “I wrestled a low weight at WJ.  I was small, I was around 103 in my freshman year and 107 in my senior year.”

In the 1960s, the wrestling team was coached by Mr. Kowalski. He was an old school coach and always challenged his wrestlers to work hard.

“He was my typing teacher,” Vitto said. “Yes, we had typing back then.”

Vitto wrote for the feature section of the newspaper because it allowed him to write different types of articles.

It was like you had the freedom to write what ever you want,” Vitto said. “I actually thought I was going to become a writer. But as I got more into my high school career, I wasn’t so sure what I wanted to do with my life.”

Vitto was very involved in extracurricular activities. He was in WJ S*T*A*G*E’s performance of “My Fair Lady” and a part of the signing group Madrigals.

“We actually made an LP and CD of our performance of ‘My Fair Lady,'” Vitto said.

There were some traditions that still live on today, such as Senior Skip Day and the senior prank.

“There was a hooky day where all the seniors never went to class. It was normally towards the end of the year,”  Vitto said. “[For the prank] there were some people who climbed up to the chimney, I don’t know how, and painted a cow on it.”

To find out what his passion was, Vitto attended St. John’s College,  where he got his B. A. He went to Oak Ridge National Laboratory in Oak Ridge, Tennessee to get his PhD. He got his MD in Temple University School of Medicine in Philadelphia Pennsylvania. He eventually decided to his neurology residency training at Stanford. He taught  at Harvard as an Instructor of Neuropathilogy until four years prior deciding to attend medical school.  He works all aspects of brain defects, including migraines, seizures and brain tumors, specializing on the research of Alzheimer’s disease.

After teaching at Harvard, he became a neurosurgeon dealing with Parkinson’s and Alzheimer’s strokes and a lot of other brain defects. His office is in Berkshire, Massachusetts.