The ultimate Homecoming question: date or no date? 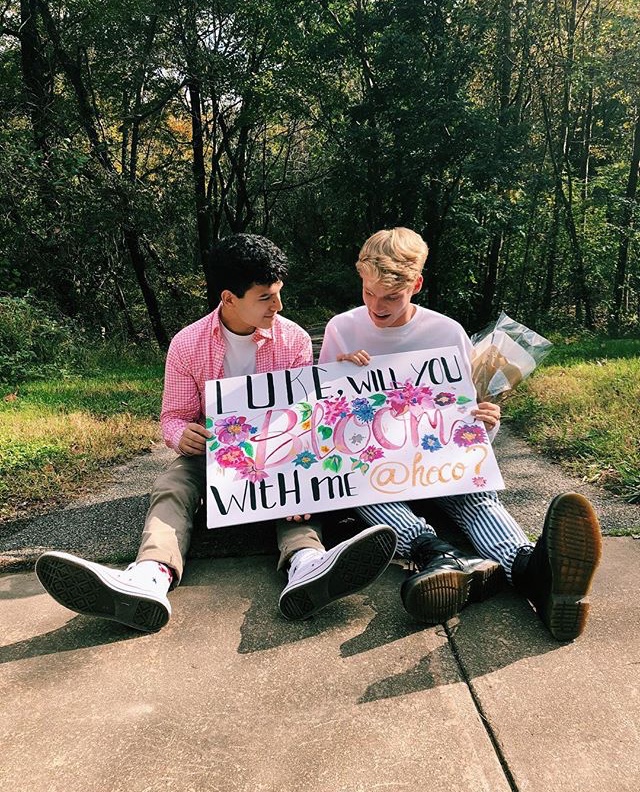 Nick Orellana proposes to his Homecoming date. With Homecoming just around the corner, many students have already proposed to their dates.

With Homecoming just around the corner, the perpetual search for a date begins. In the weeks leading up to the big event, many look to their creative talents and friends to create the perfect proposal. Others reject this idea and decide to forge their own path to Homecoming.

While it may seem there are only two choices when it comes to Homecoming, junior Alaina Olaez and senior Sarai Flores thought outside the box, deciding to attend Homecoming as a group of three.

“Originally I wasn’t even going to go, but…. [my boyfriend] really wanted to go. Alaina is one of my best friends, so I’m planning on just asking her if she wants to come with us. After realizing that, I thought it would be funny to take both, so now we’re all going as a group,” Flores said.

“I’m going with a guy from another school and I already have this great proposal planned out…I’m having his friend blindfold him and take him to the front of his house. From there, there’s gonna be a rose trail leading to my trunk where there will be a big bear and a sign. I’ll also hand him flowers to go with it,” Orellana said.

Proposals for Homecoming are usually a highlight before the big event. Some students, like Orellana, will go as far as to plan out the entire day leading up to the proposal. Despite Homecoming being a happy occasion, it is a stressful process for some due to the fear of rejection. Orellana, however, has no worries about messing up or being rejected.

“I’m feeling really confident. We’re both really good friends and I think it’ll be a pretty chill experience because of that,” he said.

Like many other couples, Orellana will be spending some quality time on the dance floor with his date. After the dance is over, he and his date will be taking a trip to Silver Diner to unwind.

Many students will be going with dates, but some, like sophomore Fretz Barcelona, will be going without. Despite originally having a date last year before having to cancel due to an obligation, Fretz has chosen not to ask anyone out to Homecoming this year.

“My dad said I should try to explore my options there so that I’m not tethered down by one person,” Barcelona said.

Many students prefer to have a Homecoming date because they feel left out with so many students having dates. However, despite lacking a date, Barcelona doesn’t feel embarrassed in the slightest.

“I personally don’t feel awkward or bad about it. Even though people are saying that there’s a stigma in going alone, I don’t feel affected by it,” Barcelona said. “After all, I’m going there to party and have fun with friends.”

In addition to this, he’s planning on attending the Homecoming game with friends and will be going to an afterparty following the dance. For Barcelona, along with many WJ students, the night is certainly going to be a long and enjoyable one.