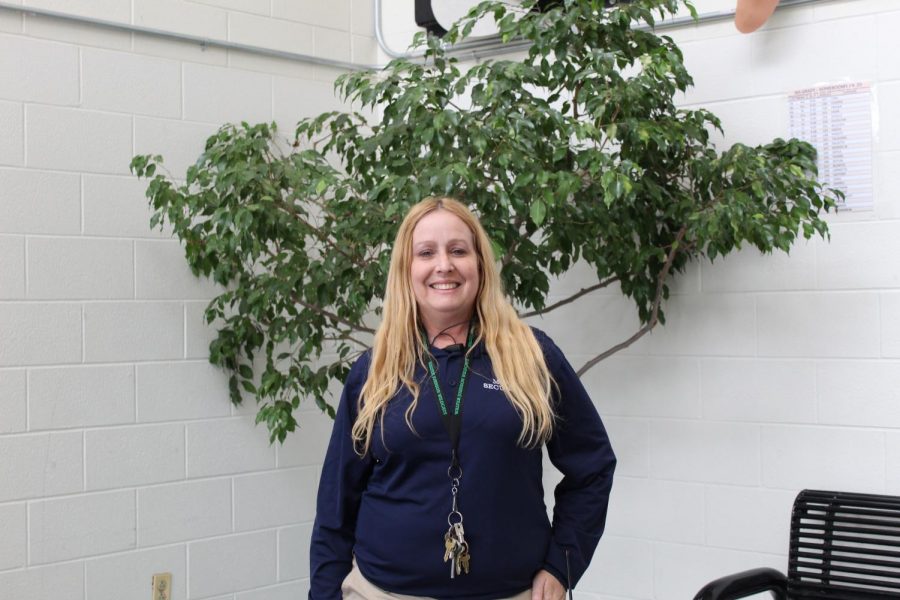 WJ's new security guard, Kelly McDonnell enforces the G-wing doors as students are dismissing. McDonnel has an interesting background in the line of security.

After earning a degree at Marshall University in criminal justice with a focus on law enforcement and psychology, at the age of 22, Kelly McDonnell began rigorous training at the Federal Law Enforcement Academy. She was finally accepted into the Secret Service under President Reagan in 1988. Four years later, McDonnell left the government agency and began her career as a security guard. But why would someone give up a life of such excitement and adventure to go back to high school?

Being a woman in the 1980s, McDonnell was one of very few who were accepted to the Secret Service. It was 19 years after they started to first accept women, but still women only made up 14% of all sworn federal enforcement officers. Because of this, there wasn’t any child care or other programs to help families.

“It’s like being married to your job,” McDonnell said.

She realized it would be too hard to have a family due to traveling all the time, and being home for the holidays was really important to her. It was a stressful position that, although rewarding, forced her to spend tons of time at work.

“If you’re my neighbor, you might never see me because I would be gone for months at a time…I was always traveling,” McDonnell said.

The job was exhilarating for a while\; she would see the faces of the people she knew and would get starstruck, but she was almost never home. It strained her relationships and ended up making her life more private.

“You never get to see your family, or rarely, you can’t talk about anything that you do at all,” McDonnell said. “It’s also very hard on relationships. It has a high rate of divorce and sure, it was fun for a while. I just didn’t think all those things through.”

After taking a year off from the Secret Service, McDonnell decided to continue her career as a security guard at Paint Branch High School, where she worked for 25 years. She worked at Rockville High School for a little while, and now she is here at WJ.

“If you could learn something from [my story], learn that you might think you have your life planned, like I thought I did, but then things change,” McDonnell said.