Teen music is too loud 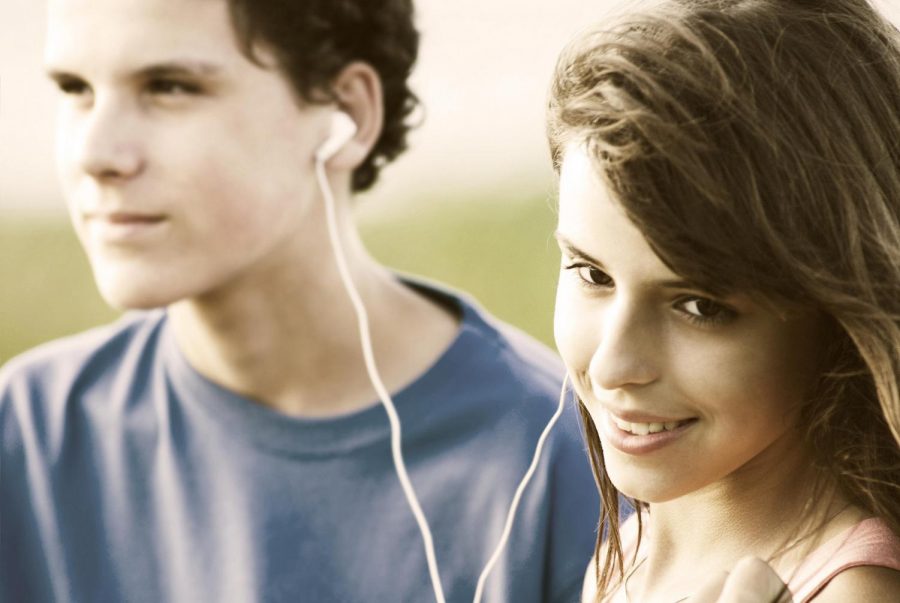 Einav Tsach, Special to The Pitch

Brian wakes up for school. He brushes his teeth, gets dressed and pops in Apple AirPods he got for Christmas to start the day. He listens to his favorite Drake hip-hop album as he eats his daily Lucky Charms. A sophomore at WJ, Brian remembers he has a semester final in Chemistry today. He didn’t study. He just wants to get away from the world. He turns the music up louder and lets himself get pulled into the bass and vibration in his ears. He does this on the bus. And at school. And when he does his homework. He even lets himself fall asleep in bed while listening. Wake up, repeat. Brian doesn’t realize he’s constantly putting himself in danger.

Young people everywhere like Brian are listening to music for too long at too high a volume. In fact, experts at the World Health Organization say that 1.1 billion teenagers and young adults are in danger of losing their hearing because they use “personal audio devices” unsafely. One in five teens today will experience some form of hearing loss, a rate 30% higher than it was 20 years ago. Experts believe the recent jump in use of headphones by teens might be a contributor.

Freshman Yuval Shachar listens to music with headphones during a lot of her day.

“I listen to it on the bus and on the way to school and on the way back. A lot of the time when I’m at home, I’ll be listening to it and my parents get mad at me because I can’t hear them,” Shachar said.

When the music is so high that you can’t hear others around you well, experts say you need to turn it down.

The inner ear contains the cochlea, which contains hair cells responsible for transmitting sound you hear to the brain. They are vulnerable to high volume and long durations of sound. Furthermore, inner ear damage doesn’t heal like the rest of the body, so any damage sustained is permanent and can build and worsen.

Shachar was surprised about the consequences of listening too much and too loudly.

Experts have established the 60/60 rule, directing individuals to allow themselves only 60 minutes of music at 60% volume, as any higher and/or any longer is dangerous.

Sophomore Evan Maynard estimates listening to music for three or four hours per day, with the volume near max. When he learned of the distressing consequences, he was concerned.

“I didn’t know that. Now that I know I think I’ll probably reduce it because I want to be able to hear when I’m older,” Maynard said.

Some students aren’t as concerned as Shachar and Maynard. Senior Diya Thangada doesn’t think she’ll turn the volume down.

“I would listen to music as loud as I want because the benefits outweigh the cons,” Thangada said.

So what can the teens of today do to avoid this worrying possibility in their future? Doctors recommend that Brian and teens like him keep the volume bar solidly in the center or even lower if they can.