Arts struggle to survive the transition to virtual performances 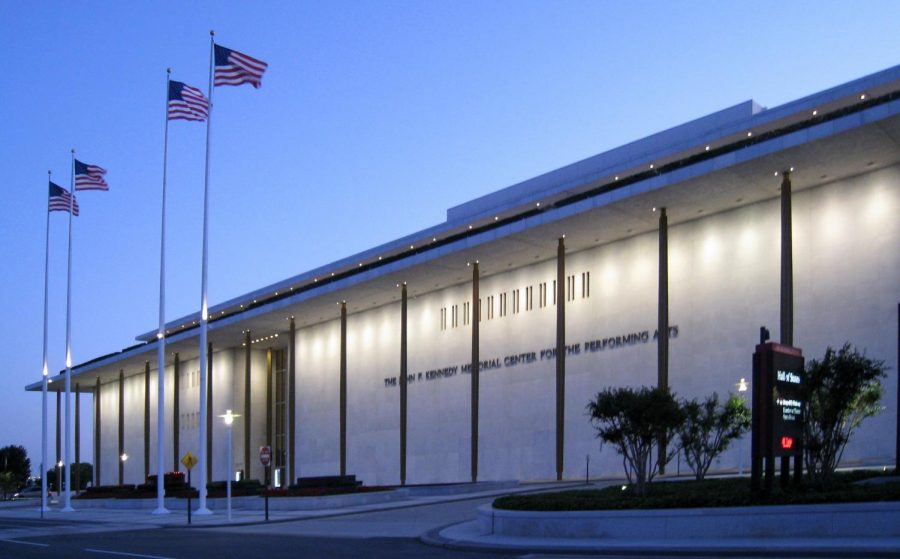 Many arts centers such as the Kennedy Center in DC have been forced to rethink their programs. One new innovation is the Digital stage where you can watch performances from the comfort of their home.

The leaves dance across the vacant parking lot at the Strathmore Performing Arts Theater, which has been shuttered since the pandemic began to spread in March. Across the nation, hundreds of performing arts centers are battling against this crisis. Companies and organizations for the performing arts have had to adjust to the virtual world to survive.

From the big productions on Broadway to the small performances at local theaters, the nation has experienced a widespread shutdown of the performing arts and these theaters are struggling to stay profitable. Additionally, they have had to switch their business model and transfer to a virtual platform in order to maintain their audience.

“My dance company is putting on a virtual winter performance because of the pandemic. It will be broadcasted online for all the parents and kids to see,” junior dancer Josephine Meriot said.

Adapting to a new virtual format comes with challenges. Performing arts companies need to have sophisticated IT resources to help them record and release content on the internet. They also experience obstacles in trying to attract audiences and maintain frequent patrons.

The performing arts industry is dealing with massive sales losses and has had to make investments in new operations. With the impact of lost profits, management and staff in several companies have had to closely monitor spending, which has led to job cuts. There is no longer a need for hands-on backstage support or front-of-the house staffers, such as ushers, box office and concession workers.

The Kennedy Center in Washington D.C. is a performing arts theater that has confronted the challenges that arose from this crisis by creating online experiences. Some of the content is free and accessible to everyone, while others are accessible by ticket purchase. Despite the pandemic, the Kennedy Center is striving to make performing arts available to all socio-economic levels of the community.

The audience for these virtual performances have developed their own opinions on these new types of programs. Nicole Weaver is a sophomore student who enjoys watching the arts and is grateful that there are online shows available, but she greatly missed the in-person aspect.

Performing artists are also struggling because they are not able to practice their craft as comfortably as they did before the pandemic. Several theaters and dance companies have had to conduct online rehearsals and practices, which makes it difficult to collaborate and coordinate timing for choreography.

Dancers and musical theater actors have had to create at-home studios. They do not have the luxury of grand spaces with mirrors and barres or live music that are a crucial part of rehearsals and classes.

“I have to push my couch across my living room every time I have a ballet class. There is just not enough space in my house where I can dance comfortably. I truly miss being able to take classes in the studio. Virtual is so different and isolated,” Meriot said.

For a number of performers, a live event helps them to increase their fan base and relevancy. The pandemic has forced artists to find new ways to connect with their audience.

“This pandemic has allowed me to develop my sound, as I write and produce new music. Pre-COVID, I had performed in many venues in which people who enjoyed my music could come and hear my set. I miss the energy of concerts, but having all this time at home has really motivated me to experiment with different sounds,” Daley said.