Students react to the election and current political climate 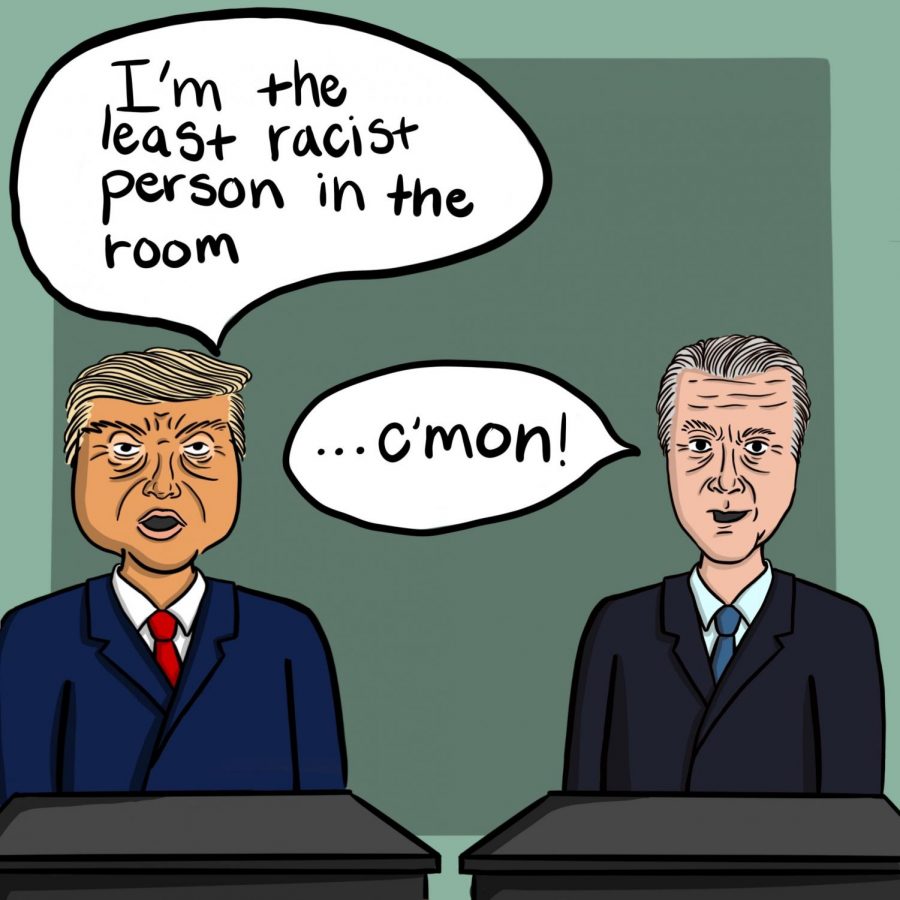 What many have gone so far as to call “the election of our lifetime” has just concluded with Joe Biden reigning victorious. However, his presidency will be no walk in the park with the roadblock of a divided country still left standing in his path in the aftermath of the election. This election has taken a toll on the country’s current state of stability causing an array of feelings in people across the U.S.

“I personally couldn’t care less. I believe both candidates were unfit for office and very little will change with the results,” senior Aidan Conaway said.

Heated protests have encompassed the capital as both sides plead their case to whoever they believe should inhabit The White House at the end of this upcoming January.

Many Trump supporters take the standpoint that the election was rigged as a result of the mail in ballots being easy to tamper with while Biden supporters feel that this is a defense mechanism in the wake of a lost election. President Trump has refused to concede and accept the results of the election, tweeting that he is the rightful winner and demanding legal action. However, this legal action would do him no good. Trump attempted to bring the Supreme Court into the battle for the state of Pennsylvania, but no justice registered a dissenting opinion in wake of their refusal, suggesting it was a unanimous decision.

“I think the outcome [of the election] comes with a grain of salt as this is a time with major disagreement and polarization. In my opinion the main con to take away is the fact that people around the country were made to question the legitimacy of it,” sophomore Keenan Ramsay said.

Additionally, protests have not only been kept to the capitol; this has fed into an almost dangerous political climate that stretches across the country. People are scared to express their beliefs as the minority in their community. Friendly discussions between members of each major party seem more unlikely, and with every passing moment the polarization of the country sits on display.

At WJ this is just the same, as many students steer away from political discussion due to the fear of pointless arguments that are unhelpful to each side.

“To be honest this year I didn’t pay much attention to the election because lot’s of toxic conversations can come from it,” sophomore Sean Corkery said.

Opinions in our school have been silenced as a result of the beliefs of the majority being forced upon anyone who disagrees.

“I feel like we’re in trouble. Radicals on either side can easily manipulate people into believing certain things, and some people are forced to silence their opinions so they are not deemed cancellable,” said Conaway.

With a country of most constituents being set on their beliefs being the only beliefs, there is currently no room to compromise and please both sides. People’s unwillingness to listen to each other could be detrimental in a time that requires unity.