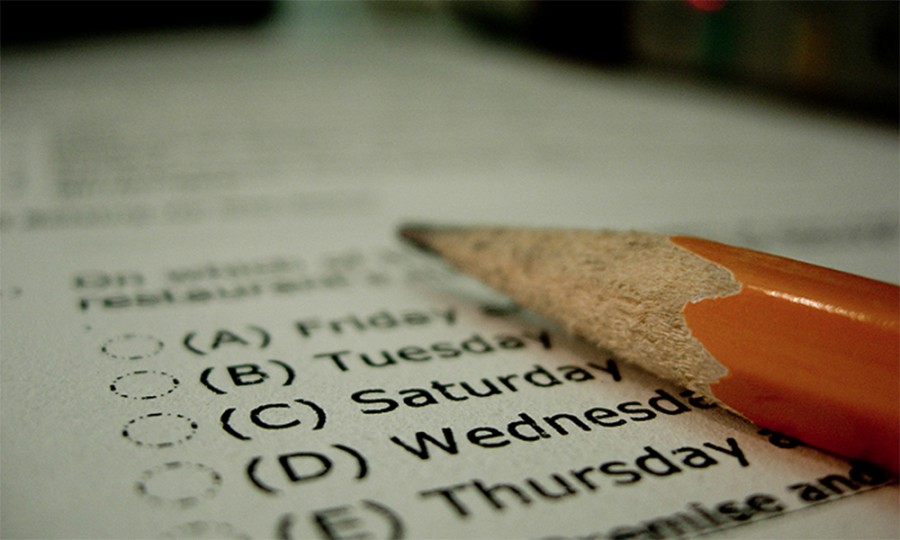 In September, the MCPS Board of Education voted to eliminate final exams. Read our breakdown of the policy change here: https://www.wjpitch.com/news/2015/10/12/the-final-exams-issue-explained/

The Montgomery County Board of Education’s recent action on final exams caused an enormous media reaction, from high school newspapers all the way up to The Washington Post. At times, the reporting has been sensational, confusing or even misleading. So forget the rumors; what are the real facts about final exams, and how is the WJ community reacting?

On Tuesday, Sept. 8, the Montgomery County Board of Education voted to re-think the way that students are tested by removing final exams in their current format. Board of Education documents explaining the proposal state that the plan will “eliminate all two-hour semester final exams” in high school courses. For high school students, this means that the widely dreaded “exam week” will no longer exist in its current form after the 2015-2016 school year.

However, summative assessments are not entirely out of the question, as was suggested by some media reports. The new plan will not eliminate exams entirely. It will eliminate only the two-hour exams at the end of the semester and replace them with smaller assessments at the end of each quarter. These assessments may be developed by the county, and would not necessarily be tests. Some classes could have traditional tests short enough to take during a normal class period while others may have final projects instead.

The Board of Education stated that their decision will increase classroom instructional time by at least two weeks. The plan is also designed to reduce standardized testing, as objections to these systems have intensified in recent years.

News of the widely unexpected decision has ignited conflict throughout the county. Some tout the decision as a big step against student stress, others consider it unhelpful and extreme, and many aren’t sure what it will mean for them at all.

WJ junior Abe Kim said he is not certain about all of the ramifications of the change, but he believes that it will have a positive impact on student stress.

“It’s definitely going to help people out in terms of not having to cram for semester exams,” Kim said. “Some students have trouble having to take a [semester] test… it can be a little too much sometimes. [With smaller quarterly assessments] the stress is more spread out; it’s not as potent as having a midterm. But at the same time, it might not be beneficial long-term to prepare students for what they have to face [in college].”

Other students, like WJ sophomore Olivia Ragheb, say they are not only worried about the long term; Ragheb said that there are some positive aspects to the current semester exam schedule that this plan will eliminate.

“Exams do cause a lot of stress because you have to remember everything you learned from the beginning of the semester to the end,” Ragheb said. “[But] broadly I kind of like the [current] exam schedule. I like having those extra hours in the morning and the afternoon when you don’t have an exam and you can do what you want.”

The decision has caused discord among some teachers as well. Steve Miller, who has taught several social studies courses at WJ, said he has questions about the rationale for the change.

“I’m not really clear on how all of a sudden [final exams] aren’t a valid measure of what students have learned,” Miller said.

Miller also said the Board of Education may have made the decision too quickly and without fully fleshing out the details of its implementation. While the Board made this decision earlier this year, they did so without deciding on how students’ final semester grades will be calculated under the new protocol. According to Miller, the timeline of their decision-making is out of order.

“That they would make that decision without first deciding how they would calculate semester grades… seems a little backwards to me,” Miller said. “This is by far the biggest change that has come down the road in the 16 years I’ve been here. [And] the fact that it is coming under an interim superintendent is a little strange to me.”

A voluntary-response survey of over 2,000 teachers, conducted by the Montgomery County Education Association teachers’ union, found that the “overwhelming majority” of respondents opposed the elimination of final exams.

The four proposed options for calculating semester grades can be found here on the Montgomery County Board of Education website. The Board will be taking input on these options from the public until they make their decision later in the fall. The final plan will take effect starting in the 2016-2017 school year.