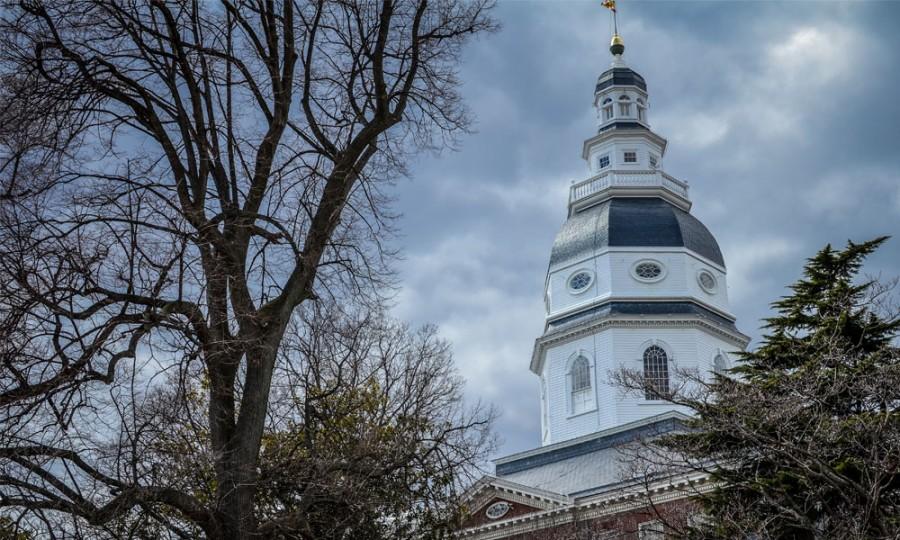 A batch of new Maryland state laws took effect on October 1. Take a look at which laws impacted you the most this year: https://www.wjpitch.com/news/2015/10/20/new-laws-impact-marylanders/

This article was revised since publication.

Maryland implemented a new batch of laws on Oct. 1. The laws address everything from driving to drug use to mental health. Here are five new laws WJ students should know, with commentary from AP U.S. Government and AP Economics teacher Timothy Rodman:

1. Jake’s Law* – In 2011, five-year-old Jake Owen was killed after his parents’ car was struck from behind by an SUV. The driver of the SUV, who was talking on the phone at the moment of the crash, was not found guilty. Now, tougher penalties are in place for cell phone-distracted drivers who cause injury or death in a crash, including up to a year in jail and a $5000 fine.  This law was brought to Maryland legislation by Jake’s mother, Susan Yum, and Luke Clippinger, the 46th District Representative for Baltimore City.

“This law addresses an issue that was brought to light through…people making their voices heard in terms of the concern that they had…about people texting and driving, and how rampant it has become,” Rodman said.

2. Marijuana decriminalization – From obliterating past convictions to dismissing charges of drug paraphernalia if a medical prescription is present, Maryland’s trend towards more legalization and less criminalization continues.

“This is a trend that has been hitting nationwide,” Rodman said. “Oregon…was the latest to decriminalize marijuana, and they’ve set up dispensaries similar to what Colorado has.”

For senior Alexander Kahn, the threat to health posed by marijuana is less than one may think.

“Marijuana smoking is not much worse than alcohol abuse,” Kahn said. “I think [these laws] allow people to not face unfair penalties for crimes that really aren’t crimes.”

“[There are] supports that schools and communities are putting in place to help not just students but also families that are affected by [domestic violence],” Rodman said.

“I think it’s important to ensure that every Marylander feels safe in their homes, and by posing stricter laws, the state is better able to make this happen,” Kahn said.

4. Consent by minors – While a minor cannot refuse medical help for mental or emotional disorders if their parent consents, a minor who is 16 or older now has the capacity to consent to their own medical assistance for emotional or mental disorders. The specific healthcare provider is authorized to choose whether or not to disclose information on a minor seeking medical help to the minor’s parents.

“I think we’re starting to tear down [the stigma of mental health],” Rodman said.

Kahn, however, is suspicious of the benefits of such a bill.

“While I think it is an important need for teens, it is one that can’t be properly addressed by our government,” said Kahn. “The Supreme Court has said in multiple court cases that allowing young people such rights is unconstitutional.”

5. Transgender identity – Maryland is the seventh state to remove arduous barriers to obtaining a birth certificate reflecting the identity of transgender people. Instead of requiring proof of sex reassignment surgery in order to change the individual’s birth certificate, a letter from a licensed medical provider indicating that the individual has received appropriate treatment for the transition will be sufficient.

“In a state that’s registered [Democrats] 2:1 and in a county that is majority minority and focused more on left-leaning political issues, this isn’t a surprise,” Rodman said. “You’re not seeing this in a county in rural Western Virginia, and I think that speaks to the political leanings…in the county.”