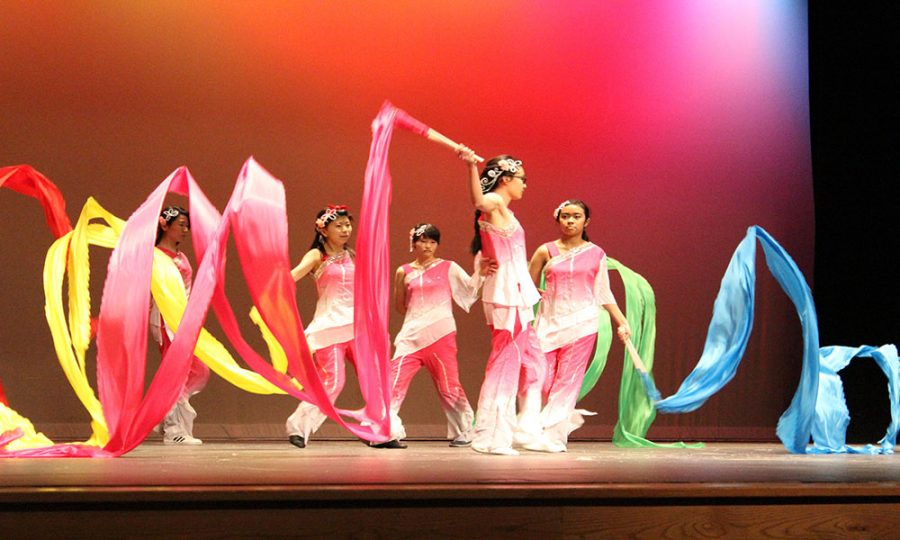 The Asian Heritage Assembly took place on March 10 and provided a light, in-depth look into the heritage of many vibrant cultures. The assembly was put on by the Asian-American club and science teacher Aileen Leung, along with various WJ students who wanted to share their unique cultures with the student body. The event opened with seniors Abe Kim and Angie Lai giving a brief introduction to the acts that were going to take place.

The opening act was performed by The Traditional Asian Dance Association (TADA), who performed a traditional Asian ribbon dance. Next, the martial arts club took the stage to show various styles of fighting; the act featured seniors Kevin Lu and Josh Quinto.

Music was a huge part of the assembly, and gave everyone in the audience something to enjoy. APRO, a K-Pop group, came on stage and danced to Korean hit songs including, “Naverilla” by Gfriend, “Don’t Tease Me” by SPEED, “Fire” by BTS and “FXXT IT” BigBang. Junior Sophie Kaplan followed APRO and played the hulusi, a free reed wind instrument originating from China. After Kaplan’s performance, senior Sharon Oh played the piano and sang “For You” by Im Jaebum. Another dance group, Dance 16, hit the stage with J-Pop dances to Japanese hit songs such as, “Algorithm March,” “AIUEO Music,” and “Flash.”

The assembly closed with a fashion show, where students came out dressed in traditional garb from their countries. The fashion show featured many countries including Bangladesh, Cambodia, Korea and China. The end of the fashion show held a surprise for everyone and was a clear audience favorite. Senior Kevin Lu started off the season of “promposals”, and came out on stage with a promposal sign, making the whole auditorium erupt into screams.

Overall, the assembly was a fun way for many students to get a peek inside others cultures and was even a way for those not a part of the assembly to gain insight into their own culture.

“It gave me reminders of what my heritage is and it rekindled this sense of pride in me being Korean,” junior Steve Park said.