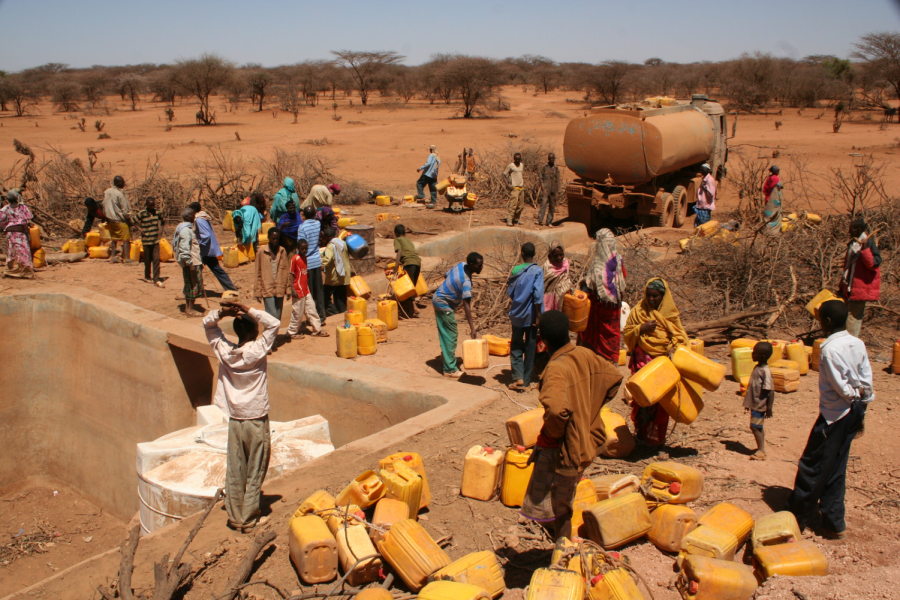 People line up to collect their daily rations of water. The government has to carefully monitor the distribution of water to ensure that people are getting the right amount and more importantly, not too much. Photo courtesy of Wikimedia Commons.

To most people, Day Zero might sound like the name of a horror movie, but in fact it is the name of May 11, the day in which South Africa’s taps will be dry. South Africa for the past couple of months has been in a serious drought; this comes with major consequences including water running out. Many are asking, how could this happen? There are a couple major factors responsible for this water crisis. The South African population has been growing exponentially in recent years and recent climate change has contributed to the imbalance in the natural water cycle.

Residents are allotted about 50 liters a day. To put that amount into perspective, CNN estimated that is about 18 liters for dishes and laundry, 15 liters for a 90 second shower, 9 liters for a single toilet flush, 3 liters for general hygiene, 2 liters for cooking, 2 liters for drinking and 1 liter for a dog bowl. That’s it.

The water crisis could have been avoided if the residents in South Africa in years’ past had been more observant over their water usage and made preliminary actions after first assessing that there would be a problem. The first nationwide memo was sent in November giving all of the residents notice that their water supply was becoming scarce.

What happens on May 12 when Cape Town officially has no water? Resident’s water supply ration will be lessened to only 25 liters per day. For people to get their water they will have to wait in long lines at one of the 200 water supply stations in the country, this plan is not supposed to work in the long run as teams of environmental scientists are working on finding other water sources viable for the large population.

“Business and organisations are required to reduce their water use by 45% compared with the corresponding period in 2015 (pre-drought) and agricultural users by 60% ,” the official Cape Town website said in a statement regarding how much water businesses and corporations in the area are allowed to use. These restrictions make completing farming businesses jobs a lot more difficult, on top of the climate generally being very dry.

A forgotten point in all of the news about water management is that Cape Town is not the only largely populated city at risk of not being able to provide water to its residents. Cities like Los Angeles have a past of harsh droughts and dams evaporating in small periods of time.

Just like in South Africa, a main culprit for this drought is climate change. But what has intrigued regular newsreaders is the lack of prominent coverage this water crisis has been getting.