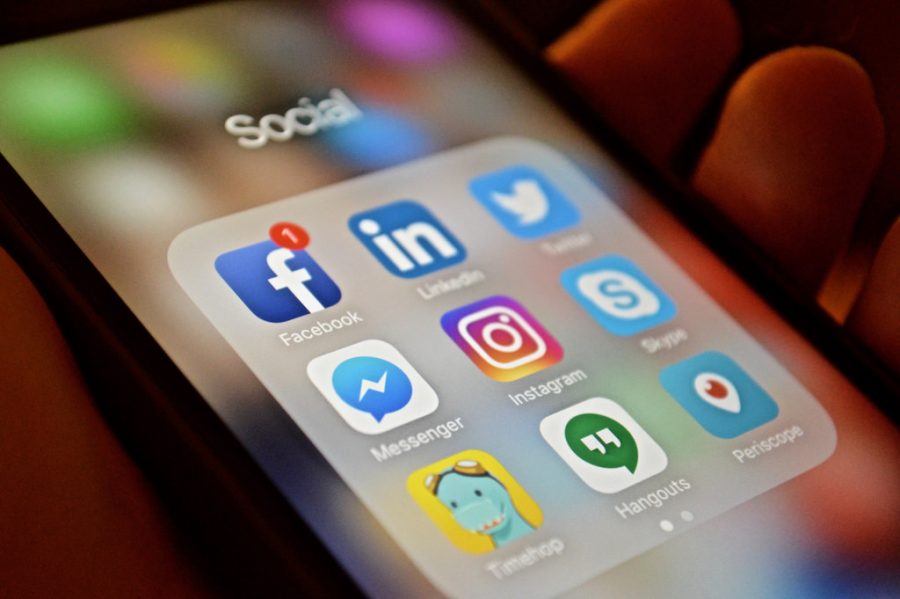 Students use apps such as Google Classroom and Quizlet to help with assignments. The use of cell phones for these kinds of purposes.

MCPS teachers implemented new rules and policies regarding student cellphones for the 2019-20 school year. Despite this new countywide policy, WJ cellphone use still varies from classroom to classroom.
Smartphones are believed by many to be a roadblock on the learning path. People argue that they are constant distractions that put teachers in the position of having to interrupt instruction to get students back on task.

The official policy according to the MCPS Student Right and Responsibilities handbook states that “students may possess PMDs (personal mobile devices) on MCPS property and at MCPS sponsored activities; however students may not turn on/use them until the end of the student day for independent use.”

Previously, WJ teachers haven’t enforced this policy as much and there weren’t any harsh consequences. However, teachers this year have been encouraged to implement the new policy. While some teachers are more lenient, others go as far as confiscating phones.

“I hope teachers are enforcing the policy more, phones have gotten to be a big
distraction. Students are too caught up on Instagram, Facebook and Snapchat and need to be paying attention in class,” resource teacher Kimberlyn Faulkner said.

On the other hand, since phones are everywhere, schools could potentially educate kids to use the technology as a learning tool. At WJ, students use websites such as Google Classroom and Google Docs to do and turn in assignments.

“I think that in some aspects it is okay to have your phone in class like if you’re going on Google Classroom but I know some kids would use their phones for games or social media,” sophomore Sara Susa said.

At WJ, teachers have enforced the phone policy differently based on experiences in classrooms. Many students have been on their phones during lessons or have had their phones constantly ring during instruction.

“I heard that last year this boy was constantly on his phone and that’s why this year my teacher confiscates our phones in the beginning of class,” sophomore Edom Tilahun said.

Some teachers at WJ are very flexible with phone use in class while others are more strict. Certain teachers allow students to use their phones in their free time or listen to music while doing work. On the other hand, some teachers completely confiscate students’ phones or take them away if the student is simply checking the time.

“I think the disparity in the teachers discipline is very confusing because I never know when I will be allowed to check my phone and when I won’t,” sophomore Reagan Tyler said.