Seatbelts set to be implemented on MCPS buses 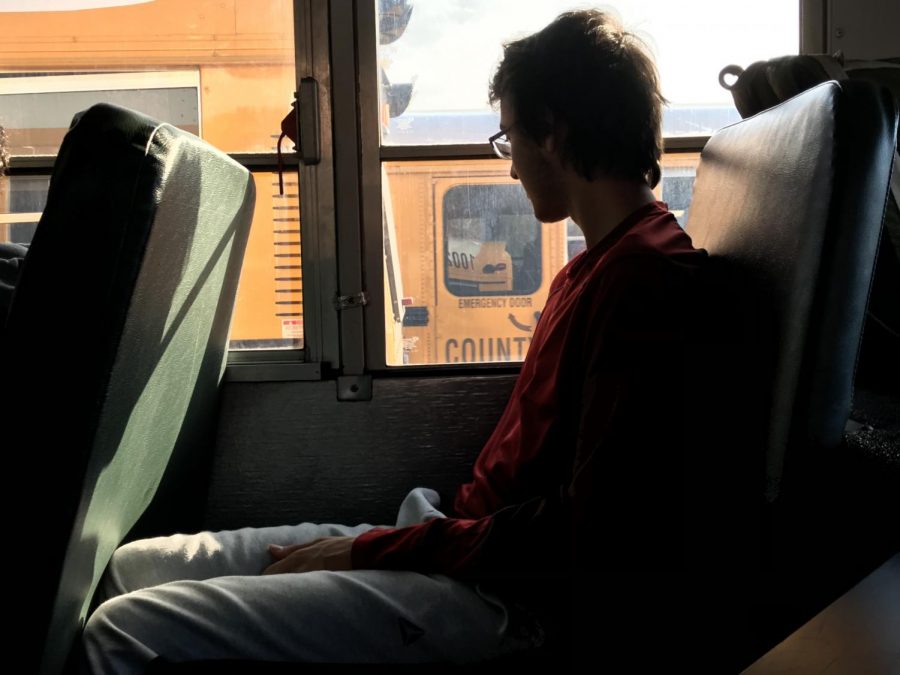 Junior Kai Svenson looks out the window on an MCPS bus. Over the next few years, seatbelts will be added in either the lap or shoulder position.

The MCPS Department of Transportation recently announced their phasing plan that should last for over the course of the next 12 years: to eventually install lap/shoulder seat belts in every MCPS bus, starting with the special education buses.

According to the school district’s document, over the summer, 49 special education buses had been purchased by MCPS with the equipped seatbelts. This ignited the process as the county is slowly trying to replace all 1,300 buses by the end of the 12 year phasing plan.

“The whole entire phase will cost about $8,000 per school bus… but it’s an important safety concern,” MCPS Chief of Communications Derek Turner said.

Many parents and students wonder why the county has decided to take action on the implementation of the seatbelts on buses now instead of having it done in previous years. According to Stanford’s Children Health hospital, 23.5 million students in the U.S. ride a school bus each day to school, with about 17,000 children being treated in hospital for injuries associated with bus accidents each year.

“There has been recent research done by the National Safety Council about the importance of seatbelts and we [MCPS] want to be the forefront of that research,” Turner said.

The Maryland State Law does not currently require students to wear seatbelts on school buses. This means that with the first 49 special education buses, some students who have sensory problems will be allowed to not wear seatbelts, “but will be highly encouraged,” according to Turner. This will depend on the situation of the student.

For students who don’t meet this rare exception, the school document states that students who refuse to properly wear the seat belt will be reported to the school administration.

“I ride the [school] bus almost everyday and whenever the bus goes over a bump nearly every person jumps out of their seat. If that happens with just a bump in the road, then I can just imagine what would happen to students if there was an accident and we don’t have any seat belts to protect ourselves,” junior Kristian Talaid said.

In the meantime the affected buses will continue to operate for students as the upgrades are being made, according to MCPS spokeswoman Gboyinde Onijala.

Once the phase is implemented, students will be trained during the first week of school on how to use the adjustable seat belts. Bus attendants will also be given a “Going Home” worksheet that explains the proper steps and responsibilities to help students ensure their safety by assisting with proper use of seatbelts.

With student safety becoming a bigger concern among the nation, the National Safety Board has taken action on other states such as California, Texas, New York and Louisiana that recommend the implementation of state laws that enforce seatbelts on buses.