Coronavirus: What comes next? 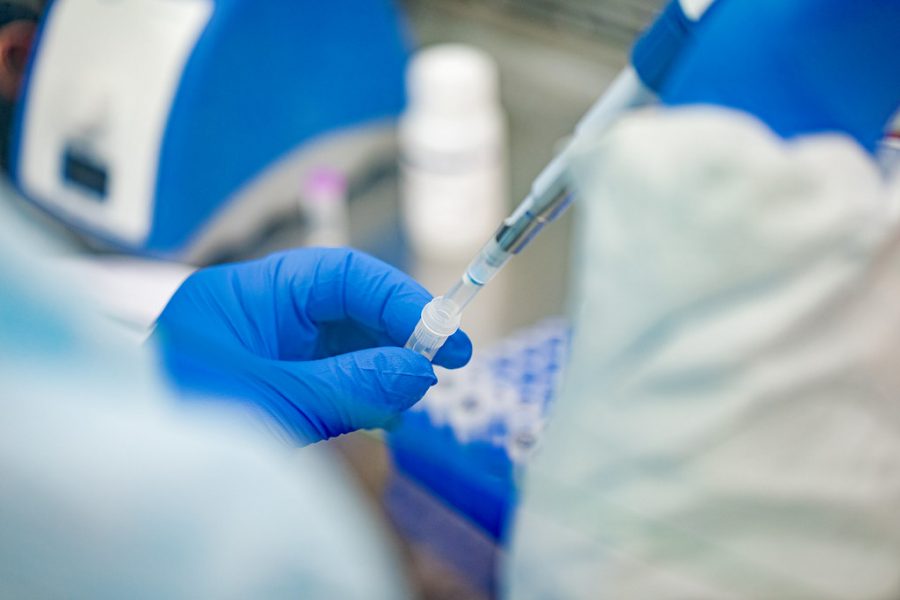 Researchers work hard to find a vaccine for COVID-19. Many top doctors believe that things will not return to "normal" until a vaccine is developed and distributed.

America has a different look right now. Families are cooped up in their homes, working and learning remotely. In public, people stand six feet apart, masks covering most of their face but their eyes. Underneath those masks, the plain eye cannot see expressions of fear, stress and uncertainty about the question looming over all of our heads: what comes next?

For as long as people have been stuck at home doctors and officials have been advocating for “flattening the curve” and the media has confirmed that new cases are starting to round out. This has prompted quite a few states to partially open up their restaurants, shops, gyms and salons.

The White House’s official guidelines for reopening require that states have seen at least a two week decline in new cases along with an increase in testing before they can begin Phase 1 of reopening, in order to prevent a spike in cases. Georgia, in particular, has come under fire for reopening prematurely, with Governor Brian Kemp receiving backlash from his political ally, President Donald Trump himself.

“I told the governor of Georgia Brian Kemp that I disagree strongly with his decision to open certain facilities which are in violation of the phase one guidelines for the incredible people of Georgia,” Trump said in a White House press briefing.

Maryland has decided to exercise caution on their path to reopening the economy.

“We’re not going to do anything that’s going to put anybody in more danger,” Governor Larry Hogan said in a briefing to the press. “I want to get our economy back open just as soon as we can, but I want to do so in a safe way so… we don’t cause more deaths or an overloading of our health-care system.”

This “slow and steady” approach has also left people wondering what will be happening concerning the reopening of schools. While the closure of schools in Maryland is scheduled to last through June 15, some are even considering the closures being extended into early fall.

Even when school does go back to normal, it likely will look very different. States such as Pennsylvania are considering having students wear masks once schools are back in session. Social distancing guidelines are expected to last for long after quarantine, so schools will undoubtedly be run differently when students return.

In order for the country to reopen, increasing testing is very important. Hogan’s wife, Yumi Hogan has been seen as a hero to many Marylanders, as she used her South Korean heritage to negotiate a deal to secure 500,000 test kits for the state from Korea’s LabGenomics.

Another type of test that is becoming more and more popular is the COVID-19 antibody test. They are a type of blood test that can show if someone previously had the virus and their immune system was able to fight it off. Researchers are hoping that this testing can give them a better idea of how widespread the virus is. Currently, the FDA has given emergency authorization to only one type of antibody test. Antibody tests are becoming increasingly available, especially in this area as The National Institutes of Health (NIH) wants to study blood from 10,000 healthy people who haven’t tested positive for COVID-19.

Researchers are also working to develop a vaccine to fight against the virus. Vaccinations will be necessary in order to go back to normal, as they will prevent future outbreaks.

While there is no clear future in sight, Americans and people around the world are all hoping to get back on their feet soon, even if it will be a “new” normal.