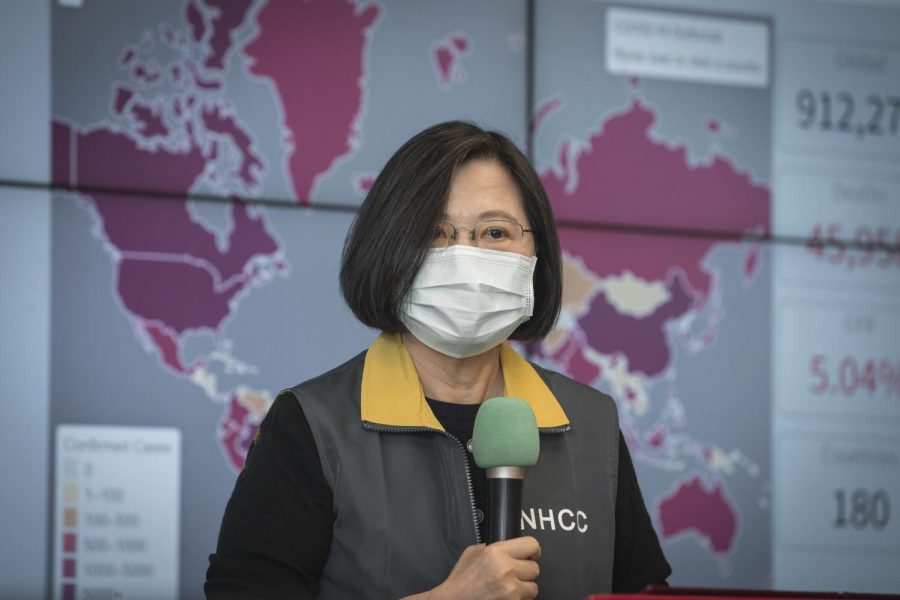 Courtesy of the Office of President of Taiwan

Taiwan win friends by providing humanitarian aid across the world
Taiwan, which has only 440 confirmed cases and 7 deaths from the coronavirus, had been providing medical consults and millions of facemasks to countries hit hard by the pandemic. Noteworthily, the Netherlands has changed the name of its post in Taiwan from The Netherlands Trade and Investment Office to Netherlands Office Taipei, beginning a new chapter of their diplomacy.
Tesla reopens factory
Having enough of the lockdown restrictions and not being able to operate his factory in Fremont, California, Elon Musk, the CEO of Tesla, tweeted on Monday: “Tesla is restarting production today against Alameda County rules. I will be on the line with everyone else. If anyone is arrested, I ask that it only be me.” Reopen the factory he did.
Trump denies disclosure of his financial records, again
From the start of his campaign of becoming President, Trump had since denied the disclosure of his financial records. The Supreme Court can now decide to rule on two potential routes for obtaining those documents: congressional subpoenas and a grand jury subpoena from New York.
Obama publicly criticizes Trump’s effort to stop COVID-19; US death toll surpasses 80,000
President Obama commented in a press conference that the Trump administration’s effort on combating COVID-19 is a “chaotic disaster,” and that Obama himself is “going to be spending as much time as necessary and campaigning as hard as [he] can for Joe Biden.’”
Twitter gets accustomed to distance working
Social media giant Twitter announced its plan to make all its 5,000 works remain working from home for the rest of 2020. If a worker so desires, they can even choose to do so “forever.”
Twitter imposes censorship over misleading tweets
Twitter has announced its plan on labeling tweets that contain misleading information regarding COVID-19 to help public officials combat ignorance. Viewers of those tweets will be warned before being able to see the tweet, similarly to the “this story may contain disturbing images” label from Instagram. Twitter is also planning to extend this feature onto other topics.
Former U.S. soldiers charged with terrorism in Venezuela
Two U.S. veterans are found in a coup against President Maduro of Venezuela. Mr. Guaidó, the US-recognized leader of Venezuela, has been linked to the attack, whereas the Trump administration has denied any involvement and said that “it would’ve been done differently,” if the U.S. had taken a role in it.
Brazilian president attended barbecue party despite social distancing rule
President Jair Bolsonaro of Brazil, who had since the beginning of the outbreak despised social distancing rules and told people to go back to work (which is in fact up to the local governments), had visited a floating barbecue party and was intending to hold one of his own.
Deforestation in Amazon rose in April
According to Brazil’s space agency, INPE (Instituto Nacional de Pesquisas Espaciais), deforestation in the Amazon rainforest has increased by 64% compared to the same month last year. This can attribute to the lack of government patrolling because of the pandemic.
European Union to enforce public health mass surveillance
The Pan-European Privacy-Preserving Proximity Tracing, or PE-PPPT, is a cyber project supported by many European governments. The app tracks users’ social interactions and identifies potential infectees once a person in a community is tested positive for COVID-19. Nonetheless, citizens are worried about the potential loss of privacy.
Turkey and others fight for Libya
On Tuesday, Foreign Minister Mevlut Cavusoglu of Turkey criticized UAE, France, Cyprus, Egypt and Greece for their role in destabilizing Libya. Turkey has been sending Syrian fighters to support the internationally recognized Lybian government in Tripoli(the Lybian capital, not the Labonian city), whereas the five-countries party has been aiding the forces of Khalifa Haftar to capture the city.
Afghanistan government forces resume offensive operations against Taliban
Shortly after a maternity ward of Doctors Without Borders was stormed by gunmen on Tuesday, and 24, including two new-borns, were killed. The Afgan government declared its intention to resume attacks on Taliban despite the US-Taliban peace deal signed six months ago. The text of the peace deal did not include a reduction of violence, but two sides of the arrangement had verbally agreed to reduce regional destruction by as much as 80%.
Massive virus outbreaks in Singapore amid migrant apartments
Singapore, a city-state originally applauded for its effort to stop the virus, has found a huge rise in the number of cases. The tiny country now has the most cases in South Asia, standing at 21,000 confirmed cases. My aunt, who lives in Singapore, says most social interactions are forbidden there\; she could be fined for taking walks outside of her residence.

Events that happened between 5/13 -5/15
Fauci testifies before Senate
Dr. Anthony Fauci, the nation’s leading expert in COVID-19 response, testified before the Senate and warned against an early reopening of industries, which is prone to “needless suffering and death.” Meanwhile, the White House is optimistic about its COVID-19 care measures, constantly promoting the U.S. as having the best testing system in the world.
Senate passed bill calling for Beijing’s punishment on human rights abuses
The Senate has approved a bill for the president to strengthen his response to China’s human rights abuse on Uighur Muslims. About a million of whom were sent to re-education camps.
Hong Kong police deny wrongdoings during last year’s pro-democracy protests
The Independent Police Complaints Council of Hong Kong issued a four-volume report in defense of Hong Kong Police’s handling of the pro-democracy protests last year. A video from the same period, however, showed a police motorcycle unit running into a group of protestors back and forwardly.
Australia reopens restaurants, cafes, and even swimming pools
In New South Wales, Australia’s most populous state, the situation of the pandemic seems to show signs of improvement. Currently, even swimming pools are reopened, with a maximum of 10 people in the water. The Oceania country reported 7,000 cases, with 98 deaths.
Japan lifts state of emergency in most regions
Japan is lifting restrictions in most areas of the country, with Tokyo and Osaka expected to do so as late as May 31. The North Asian country has been in a nationwide state of emergency for nearly a month.
Sweden prepares for midsummer vacations
Sweden is known internationally for not imposing strict measures of quarantine. Many Swedish restaurants still allow dine-in. For the upcoming midsummer vacation, which is a big part of life in Sweden, the government guidelines say a 2-hour traveling radius is allowed.