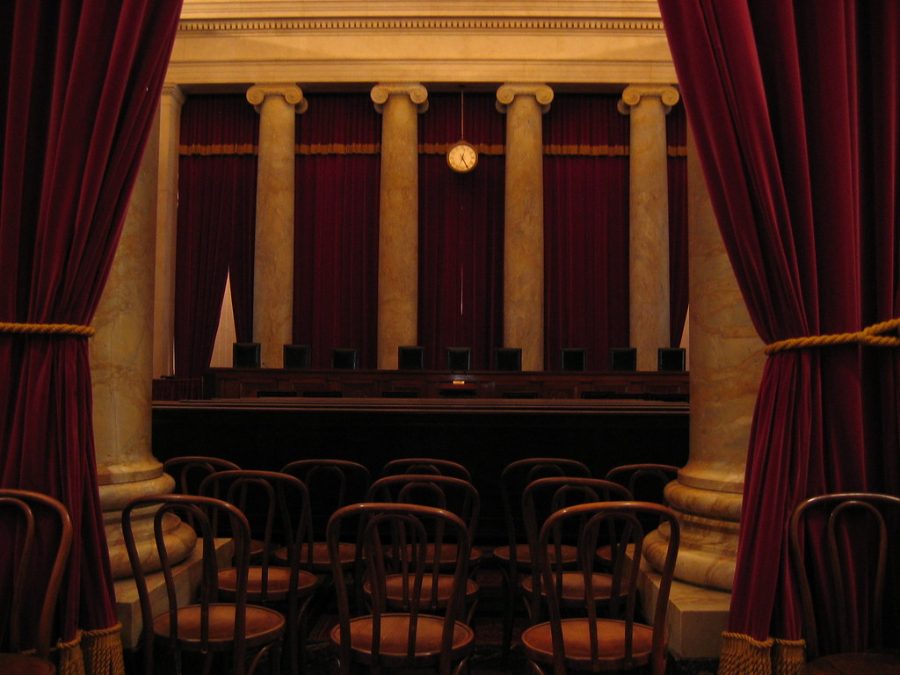 The Supreme Court is left empty and desolate. It has been closed to the public due to health concerns.

Despite these trying times, the Supreme Court’s important duty has kept the justices busy. However, cases are no longer being heard in the courtroom, but in teleconferences. History has been made as this is the first time the public can remotely listen in to what goes on inside the high court.

The new teleconference oral arguments have brought slight changes. Instead of the usual free-for-all style of questioning, justices ask their questions in order of seniority. Chief Justice John Roberts is the most senior, by definition, meaning he asked questions first. Additionally, Roberts acted as the teleconference moderator, calling on justices to ask questions and cutting off lawyers when their answers were too long. However, even top federal judges face technology troubles.

Justice Sonia Sotomayor was the first justice to forget she was muted\; there was a long awkward pause when she was called on. Justice Stephen G. Breyer was the first justice to have microphone trouble, at one point his audio turned into a garbled screech. But what caught most by surprise, was the fact that Justice Clarence Thomas was asking multiple questions. Thomas believes his colleagues ask too many questions. He has stayed silent during oral arguments for years on end, breaking his ten-year silence in 2016, and then staying silent for another three years. The Supreme Court has been hearing a variety of important cases, including Trump’s tax record subpoena battle.

“How can we both protect the House interests and obtain information it needs to legislate, but also protect the presidency?” Justice Brett Kavanaugh said.

Justices have heard four cases regarding President Trump in the past two weeks, including arguments over releasing his tax returns. President Trump’s legal team challenged the subpoenas seeking tax returns and financial records from him and his businesses from Democratic-led House committees.

“You’re asking us to put a kind of 10-ton weight on the scales between the president and Congress, and essentially to make it impossible for Congress to perform oversight and to carry out its functions,” Justice Kagan said.

Democrats argue that Trump should release his tax records the same way previous presidents have, despite them being not picture perfect. Democrats also worry Trump owes money to foreign governments which could lead to foreign pressure on the executive. However, Trump and his legal team argue that he is being targeted for political reasons and that there is no legislative purpose to seeing his personal records. Justice Neil Gorsuch emphasized how no crime has been committed, and that normally law enforcement measures are taken to investigate evidence of a particular crime, instead of looking into an individual trying to find out if a crime was committed. Justice Sotomayor also raised concerns that the subpoenas could violate restrictions against exposing for the sake of exposure.

The Supreme Court has proved that a pandemic can’t stop them from interpreting the law, even making history along the way by allowing people to listen in from their homes. Multiple important cases have already been heard and many more are scheduled to be heard via teleconference.