Students sound off on standardized testing 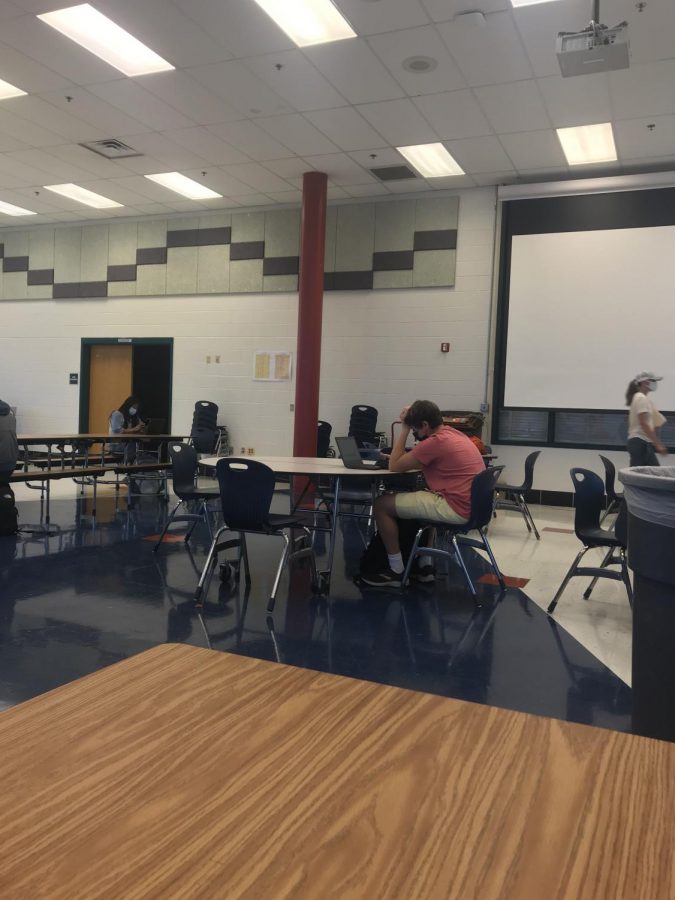 Juniors take a 100 minute MCAP test on Oct., 5. Students were sectioned off into different groups throughout the school to alleviate overcrowding.

This past year has seen a dramatic change in standardized testing. AP exams were administered solely online, and for most students, at home. For the 2021-22 school year, however, the Montgomery County School Board of Education decided to revert back to testing, but to levels that pass pre-COVID times, to be able to see the impact of the pandemic on student’s learning ability.

In a multiple week stretch, students will be completing different forms of standardized testing. Freshmen and sophomores will be doing the MAP R test from Sept. 27-29, freshmen and juniors will complete the MCAP ELA test from Oct. 4-5, the MISA test will be on Oct. 6 and there will be a designated PSAT/SAT test day for juniors and seniors on Oct. 13.

After a year-long break of standardized tests, with the exception of AP exams, students have some very strong opinions on the fact that MCPS is administering tests that were disregarded during online school.

“I just think it’s just more annoying for everyone. I know personally, everyone I talk to thinks testing is a waste of time, and don’t really think about their score because it doesn’t count towards anything. Many don’t really try, and skip through a lot of it just to get it done,” sophomore Alexis Degala said.

While there is a big contingent of students that are against the county-wide standardized testing, some students support it. According to research by The Fordham Institute, standardized testing is actually beneficial to students, schools and colleges to see where each student is at in their academic careers.

“I think it’s good. They say it is really what we learn and what knowledge we have that we learned from last year,” freshman Jonothan Bonilla said.

Juniors will be taking the PSAT on Oct. 13 in addition to the MCAP standardized tests the previous weeks. Juniors are worried about their stress levels as they have to complete standardized tests for the entire week and additionally prepare for the PSAT.

“Well, I mean it’s testing, I don’t like testing to be honest with you. But, if we have to take it, we have to do it. We can’t change the opinion of whoever’s in charge of it this late,” junior Nathaniel Bennett said.

“Standardized testing like MAP testing doesn’t really accurately represent the skills of the kids being tested, and I’ve especially grown tired of it since we have been testing since we were in elementary. Also, sitting in front of a screen for a good three class periods to read super long paragraphs or stories, makes testing all the more uninteresting,” Degala said.