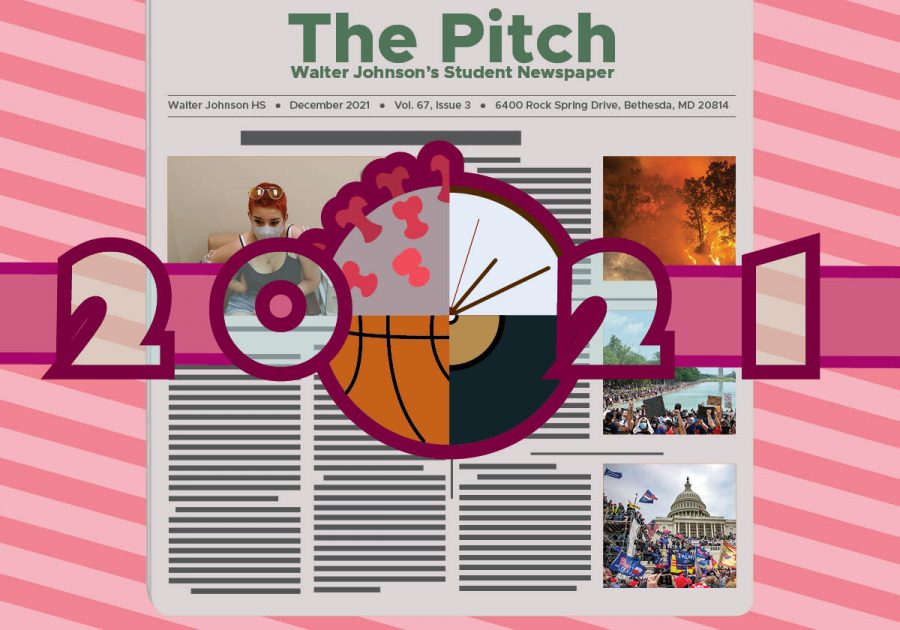 Despite becoming a serious issue almost two years ago in early 2020, COVID-19  is still ever-present in our lives. Since the initial lockdown in March of 2020, many other lockdowns have been issued as COVID has fluctuated. The death toll currently stands at just under 5.3 million with over 270 million known cases all around the world. The US has the most cases, with over 50 million total cases (and nearly 800 thousand deaths), and India following with nearly 35 million cases.

The CDC still recommends mask wearing as a way to reduce the spread, but has also expanded the recommendation for booster shots from those who are 18 or older to 16 and 17 year olds as well. Kids over the age of five are recommended to get vaccinated.

Currently, there are two major variants of COVID, known as the Delta and Omicron variants. The Delta variant was first identified in India, and the Omicron variant was first identified in Botswana and South Africa. The CDC has also stated that “while vaccines reduce your risk of severe illness, hospitalization and death from COVID-19, we don’t yet know how effective they will be against new variants that may arise, including Omicron.”

Climate change hit 2021 like a speeding truck. So far, we’ve experienced a 7.2 magnitude earthquake in Haiti; wildfires in California; severe weather during hurricane season, including 21 named storms; freezing temperatures and major snowing in Texas, and severe floods in several European countries. These disasters may only continue to rise in magnitude and frequency as climate change gets worse.

2021 has seen many protests, from the Black Lives Matter protests that ignited action back in early 2020 to the ongoing women’s rights and anti-Asian hate marches. Despite their varying catalysts, all have one underlying common trait: they are all forms of action that are fighting for human rights and will continue to campaign for change, having made major progress so far with both litigation and culture.

2021 was the year of unexpected events. In the span of 12 months, we witnessed Jeff Bezos’ rocket; the Astroworld disaster; Prince Philip’s death; coups in Myanmar, Mali, Guinea and Sudan; the Pandora Papers; and El Salvador accepting bitcoin as official currency. From the January Capitol riots to the US troops pulling out of Afghanistan in August, 2021 threw us all in for a loop.