Hillary Clinton should not be the next president 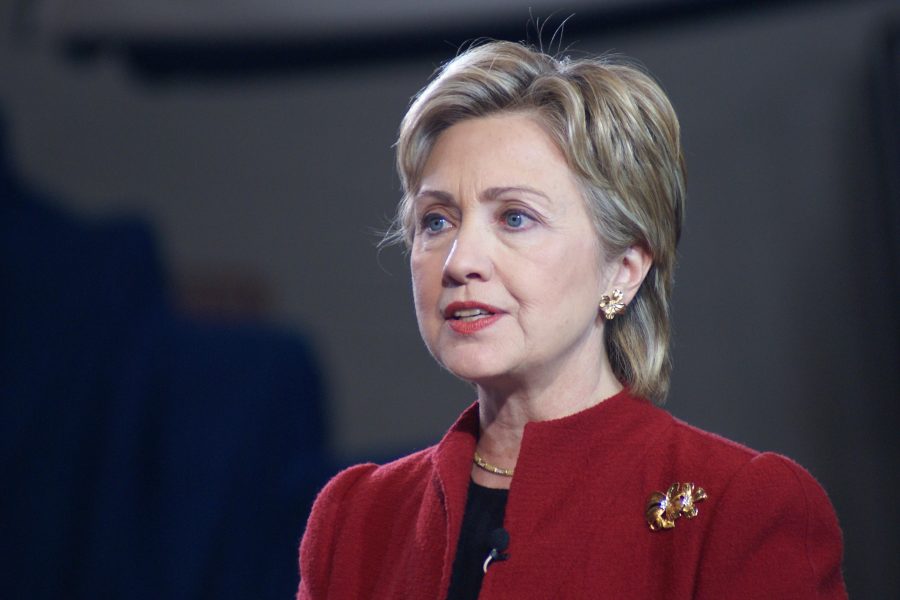 Hillary Clinton is a perfect representation of what the Democratic party has been for the past 20 years. She supports women, the middle class and equality. I am not against any of that, but I strongly believe those things are going to be acknowledged no matter who becomes president (unless it’s Trump). I would not be upset if Clinton were elected president, but I definitely would not be thrilled.

Hillary’s record for integrity and ethical behavior have always been less than impeccable. The Benghazi scandal is a prime example of why Clinton is not the most trustworthy politician – and I do realize “trustworthy politician” is an oxymoron. Clinton and the rest of the Obama administration covered up their wrongdoings while trying to attack terrorists but instead ended up killing four Americans, including a U.S. ambassador. Although Clinton claims to have no knowledge of what happened, the infamous private e-mails and secrecy throughout her political career have consistently supported the idea that she did know about this. Another example is Clinton’s fictitious claim that she landed under sniper fire in Bosnia. Clinton claimed she was running “with [her head] down to get into the vehicles to get to our base.” In actuality, Hillary and Chelsea Clinton were seen on video (note her confidence while lying) smiling and greeting well wishers. When confronted with evidence of her lies, Clinton said she “misspoke.” There is definitely something corrupt about a professional publicly falsifying a friendly welcome as sniper fire. Some other examples of Clinton’s lack of integrity include her misrepresentation of her role in the Irish peace process, her vote in favor of the Iraq war, her reason for illegally using a personal email server, her false statement that her family was dead broke when they left the White House, her lie about where Chelsea was on Sept. 11, 2001, who she was named after and the list of lies goes on.
As Americans, we need a genuine leader. Honesty can be a very influential act when the country is in immediate danger. If we elect Hillary, then we are electing a candidate who is known for lying on a ridiculous scale.
Hillary Clinton once said that women “have always been the primary victims of war. Women lose their husbands, their fathers, their sons in combat. Women often have to flee from the only homes they have ever known. Women are often the refugees from conflict and sometimes, more frequently in today’s warfare, victims.”

Clinton ignores the actual fighting and efforts of the men and women in war and the men who tolerate the same losses that women do. I do not mean to come off as an anti-feminist, because I am not. I simply believe all peoples should be equal, despite their gender. That being said, Clinton completely disregards the hardship half of the population undergoes and focuses all of her sympathy on women. It does not make sense to say that the sister of the man who got shot in war is the primary victim.

Clinton is a political opportunist. She focuses on issues that are convenient for her campaign, and has been known to contradict herself on important issues. Clinton has pandered her position on a range of issues during the ongoing presidential campaign, in an effort to appeal to the Democratic party. What is Clinton’s stance on same-sex marriage? Before the election she did not support it at all. Now that she is running for president and the majority of people are for it, of course she supports same-sex marriage. She seems to be changing her stance a lot and that is just going to anger America if she says one thing during her campaign and another thing during her presidency.
Clinton seems to focus on improving her reputation through molding her own opinions to match the popular opinion.
In 2000 Clinton favored the Cuban embargo before opposing it in 2014. She also voted for the Iraq War in 2002 before campaigning against it (and refusing to concede to her 2002 vote) in 2008. The best example of flip-flopping stance is in a 2007 debate when Clinton spoke in favor of allowing undocumented immigrants to obtain driver’s licenses before she changed her position two minutes later and went back to her original position the next day. Commanders-in-chief can’t simply invade a country, realize they did the wrong thing and then pull the military out the next day. As an American, I would prefer a leader who is passionate and sticks to his/her decisions.

People assume the Clintons are always in the news because the press is obsessed with them, and they definitely are, but not for the reasons people assume; the Clintons would not be in the news so much if they did not give the press so much useful material for the smear campaign against her, if Clinton were more conscientious about following the rules. A Clinton presidency is promised to be four years of constant suspicious stories and shock (as we have learned to be true with Bill Clinton).

I acknowledge that there are some benefits Clinton might offer, but between her constant dishonesty and lack of consistency on stances, it is clear that there is something shady about her and her intentions, and I definitely don’t trust her to lead our country through the next four years.