Election 2016: A view from the other side 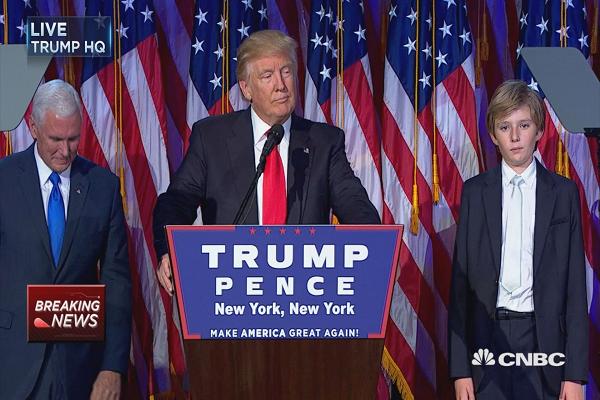 In the wake of the results of the election there has been a lot of outrage and disgust and revolt coming from some of the nation’s people. All you have been hearing about in the media is the disgust and overall resentment of the election results, but I think everyone needs to hear both sides of things.

Now I did not support Donald Trump in the slightest when he was running. I did not think he was the best candidate to run this country. However, after some reflection I have realized that…everything will indeed be ok.

The one thing Donald Trump had been preaching throughout his whole campaign is change. Good or bad, however you view it, this man is going to bring change. It wasn’t a fluke that he was elected. More than half the nation had a say, and they decided to elect him as our new POTUS. And honestly, I agree with them. With Hilary it may or may not have been another four years of stalemate and butting heads in our legislative branch.

A lot of people are scared for our nation’s future and the threats that Donald Trump has made, but that’s just what they are: Threats. Donald Trump ran a radical campaign and made a lot of statements that offended a lot of people, but I truly believe that when he takes office he is not going to carry out all the radical and borderline impossible things that he set out to do. Plus we have a system, I don’t know if you guys have heard of it, it’s called Checks and Balances. And between the president, the House of Representatives and the Senate, some of things that Trump is presenting have no chance of getting passed. I know that the Republicans control all those houses, but do you really think that all the Republicans are in favor of Trump? There have been many statements in the past on behalf of members of the Republican Party stating opposition to Donald Trump.

The whole point I am trying make is that Donald Trump is the President Elect. It’s the name. He is the elect. He hasn’t been inaugurated yet and has no power to do anything yet. So all the protests outrage and walkouts have no meaning and are doing nothing to change the results. If people come together as a nation and give him a chance, rather than further the political divide with these senseless acts of social disobedience, we might actually have a chance to make this country…great. And I mean it.