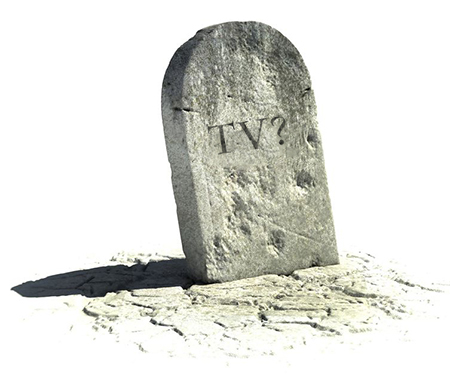 With the constant improvement of technology every day, there are constantly new apps that are created to make our daily life easier. Since watching TV is a big part of our daily life, it is no surprise that there are apps that have been made to make watching TV more enjoyable. This has cause cable to fight with these new apps in order to stay “alive.” Because of apps like Netflix, Hulu and Amazon, there is less use for watching cable. Using the apps is more convenient to people’s schedules since they do not have a schedule of shows that they follow.

Let me ask you a question: would you prefer to get weekly updates on episodes and only have certain shows playing at a time, or would you prefer having a vast selection of options to watch that updates frequently? To many of us, the second choice sounds like a better option.

Television only gives the audience a small selection of options for each time period. It limits what and how much we can watch. I tend to only watch shows when I have a day off, so I try to catch up on all the episodes I missed. With television, I can’t watch all the shows that I missed, just whatever’s playing at the moment. But if I were using Netflix to catch up on shows, I can search up whatever I want to watch and binge watch whatever I missed.

I know that there are a lot of options nowadays which allow you to record the shows you miss, but that can only go so far. I used to try to record the newest episode that played on TV but I soon realized that I couldn’t record many shows because they take up too much space. I would then have to delete recordings so that a new one could be made even if I hadn’t watched them yet. That’s one of the reasons that people prefer other services: the only amount of storage that they take up is the data it takes to download the application. They don’t have to use more storage to watch a certain episode.

Lastly, the portability of streaming programs is an easy point in their favor. It’s much easier to download an app on your phone or tablet than to sit in front of a television every time you want to watch a show. Imagine what it’d be like if we had to carry around televisions if we wanted to watch shows on the go.

In many ways, streaming programs are better than standard television/cable. They don’t take as much storage, they are portable, and they have more options. Because of this, fewer and fewer people are paying for television/cable now. With so few customers, cable and television are getting closer and closer to extinction.