How to protest Trump’s policies while remaining peaceful: student activism 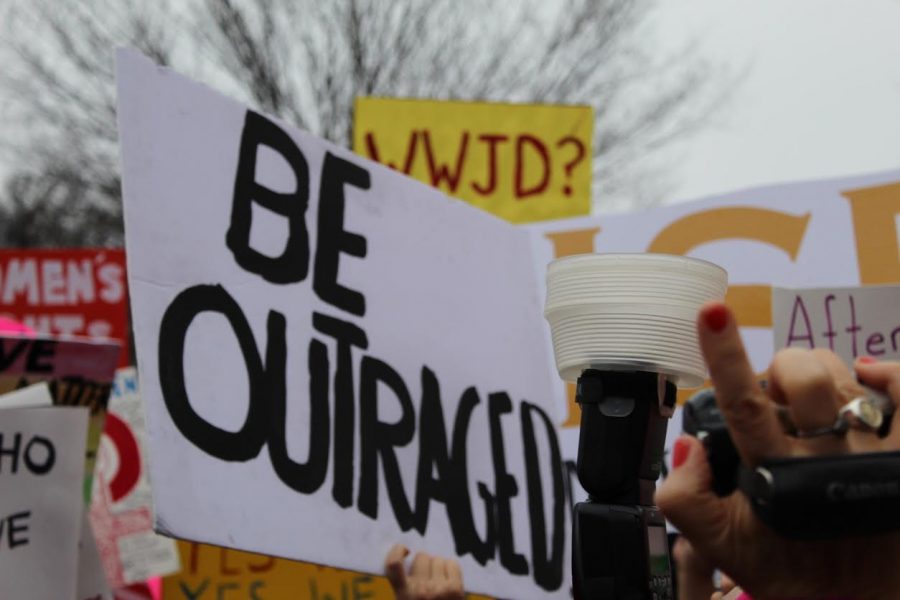 Though we’re just three weeks into Trump’s presidency, our new Commander in Chief has already made a lot of changes. He’s already passed quite a few executive orders in the hopes of achieving things like rolling back Obamacare, building the infamous wall along the Mexico-US border and preventing refugees from entering the country. To his supporters, these changes generate hope in the new president and what he will bring to office, as he is immediately getting to work on what he promised throughout his candidacy. However, to many others, these changes are much less than favorable, and provide proof that our current president is not making decisions in the nation’s best interest. But how can these everyday citizens voice their unrest over an issue that’s out of their hands?

Well, there are quite a few ways.

First, donate. Give money to the organizations that you stand for that are being victimized by Trump’s new regime. If they’re organizations he’s looking to defund, such as Planned Parenthood or the American Civil Liberties Union, talk to your friends to get them to donate, too. Every penny counts.

Second, call your representatives. Even if you aren’t able to vote, you can still do your part by letting your congressman know what changes he or she needs to stand for to represent your best interests. Many share the misconception that government at the local level does nothing to impact the events in the White House and beyond, but in reality, that’s far from the truth. Making sure your House or Senate representative is aware of the interests of their district and state is imperative to having your voice heard. The values you stand for can be voiced in Congress only if you voice them first.

Third, march. Get out and protest for what you believe. The student walkout, the Women’s March and the protests at JFK and Dulles Airports are just a few examples of proof that banding together in solidarity against Trump is possible, and can be seen on a national level. Remember, more voices means more noise being made. If no one protests, then no one will hear your outrage.

However, keep in mind that all these methods of protest are meant to be peaceful demonstrations of your first amendment rights. Remaining nonviolent is necessary to have your voice legitimized, and is the only way your views will truly be considered. A mob full of angry, threatening people will appeal much less to someone trying to see your point of view than a group full of calm, rational ones.

No matter what you do, always remember that you are not alone, and if you fight hard enough for what you believe in, change will always follow.