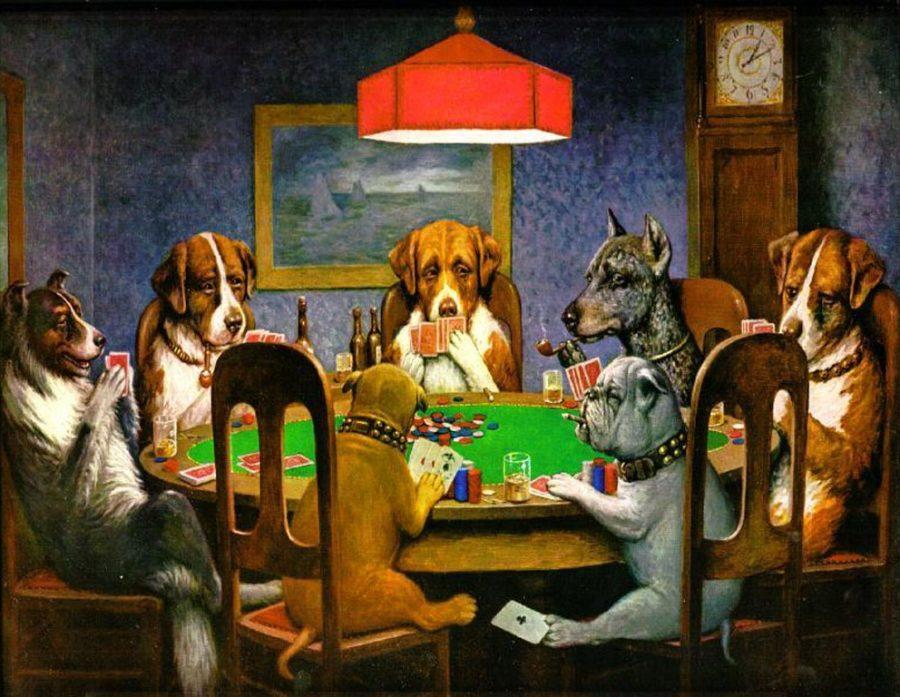 Let’s be honest with ourselves. Who doesn’t love dogs? I mean, so many idioms, phrases and quotes can’t be wrong: they’re man’s best friend, but you can’t teach an old one new tricks, and, most importantly, who let them out? Yes, at this point, it’s indisputable: everyone loves dogs. Even me.

Why is my opinion of dogs so much more important than that of anyone else? The answer is quite simple: I’m allergic, and that makes me a much better judge. Sure, any contact with them makes me break out into hives. So what if a simple belly-rub causes my windpipe to suddenly contract? Look at those big eyes! Those big puppy-dog eyes! Who could say no to those? Certainly not itchy, suffocating me. As long as I’ve got a sweet pooch to cuddle and coddle, who cares if I might need to be hospitalized?

And then, there’s the matter of intelligence. I, for one, agree with the popular notion that dogs are some of the smartest creatures out there. What other animals can be trained to roll over or shake hands? Certainly not those stuck-up cats. Those things are so dumb, they won’t even cry when their owner’s away. If they don’t depend on us for everything, can we really consider them intelligent at all? Cats truly are the lowest denominator when it comes to animal intelligence, no doubt about it. And have I mentioned that they crap in a box? In a box? I mean, seriously. Dogs, in a display of their higher intellect, rely on us humans to take them out of the house to do their business. Come to think of it, humans are the only animals besides cats who don’t poop outside. Maybe we should be the dogs’ best friends, and not the other way around.

Let’s not forget the variety of breeds. As for cats, what do you have? They’re all the same. Sure, there are different colors and stripes and whatever. I’ll count the hairless and tailless cats, too. But those are nasty. With dogs, though, there are countless unique breeds, and each is fantastic. On that note, can you believe some people say the ownership of pugs is unethical? I mean, really. These folks with their “facts” claim that centuries of inbreeding have caused pugs to live in excruciating pain due to their short faces. You know what I say to that? Look at ‘em! They’re so ugly! But yet so cute? Hairless cats, on the other hand, are just plain ugly. Ugly-ugly.

Now, hopefully after reading all this I’ve convinced you. If a heavily-allergic guy can love dogs this much, there’s no way in hell cats can ever be considered the superior species. And one last point, if your opinion’s still not swayed: you know that painting of those dogs playing poker? It’s a photograph. Now let that sink in. In all your life, have you ever seen a cat with a royal flush? I didn’t think so.