The problems with piercings (or lack thereof) 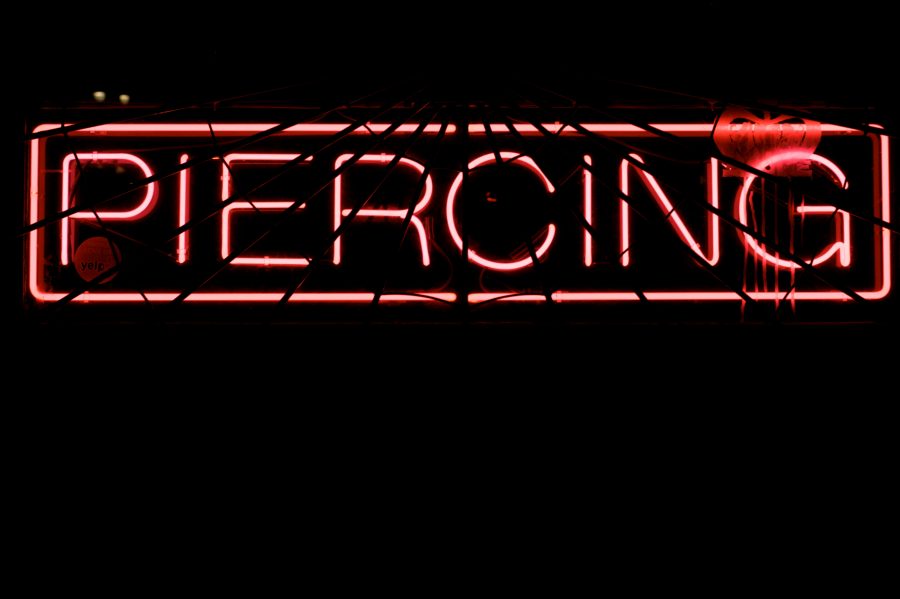 When I was eight years old, I really, really wanted my ears pierced. I begged my parents for months to let me get the small, silver studs that every girl in my third grade class had. They always said no, but I was a determined child. Finally, I wore them down and the day after third grade ended, my mom took me to the mall. I remember sitting in the stool at Piercing Pagoda and suddenly regretting ever asking. You see, I kind of had a deep-seated fear of any type of pain. I clutched the teddy bear I had brought and screamed every time the needle got close to me. The poor employee who had to deal with me finally told me that if I didn’t stop screaming, they were going to have to shut the whole mall down. That sure shut me up. In a matter of seconds, I finally had the accessory that I had always wanted.

Sadly, my new jewelry was short-lived. Of course, being my irresponsible self, my ear piercings got infected about a year later. Lucky for me, my parents decided to give me another chance and let me re-pierce them at age 13. I’m pretty sure they’ve closed up now, though, considering I only put in earrings for weddings or school dances that I attend. Over the summer I got my second ear piercings, which I really admired for the couple months that I had them before they closed up.

The reason I’m recounting my sad history with piercings is because I now have a new goal in mind. I really, really, really want a nose piercing. Like, so badly. Almost as much as I wanted to get my ears pierced in third grade. Ever since one of my campers two summers ago at the camp I work at said I would look good with one, the idea has been firmly planted in my mind. If you know me, think of my face, and then imagine how much better my face would look with a little stud in my nose. If you don’t know me, look me up on Facebook and let me know. Okay, but really, it’s not all about the aesthetic. I feel like having a nose piercing would change my whole aura. I would just feel so much more put together all the time. It wouldn’t be an act of teenage rebellion, as some of my friends have accused my new goal of being. It would be, in fact, the opposite. An act of teenage self-completion, if you will.

However, just as with my ear piercings, I have encountered a problem in my quest. And this problem is called, my parents are very much against face piercings. Now, you might be saying, “But Zoey! You’re 18, you can do whatever you want!” That, my dear reader, is where you would be wrong. I mean yes, technically I am a legal adult, so I guess I can technically do whatever I want, but… no. My parents are firm believers in “our house, our rules.” When they give me this argument, I promptly shoot back with “but next year I’ll be living in a dorm!” Unfortunately, my parents are always one step ahead of me. “Who do you think is paying for you to live in that dorm?” Yeah. Not me.

So, this article is basically a long-winded plea for my parents to listen to me and let me get a nose piercing. I mean, they’re kind of the only people who read my articles anyways, so I feel like I’m really getting the point across here. I promise I’ll be more responsible with my piercing than last time. Probably.