Does college cost too much? 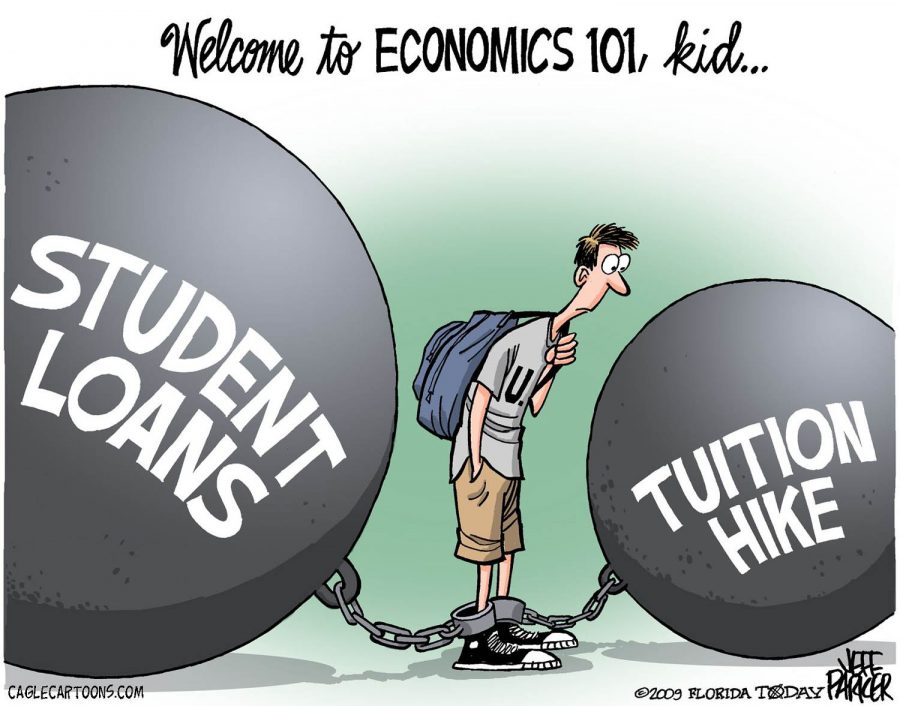 Many politicians such as Hilary Clinton and Bernie Sanders have proposed more federal funding for college and there is a good reason for that. Going to college costs a whole lot more than it should. According to the College Board, the average cost of tuition for the 2016-2017 school year was $33,480 at private schools, $24,930 to go to an out-of-state public school and $9,650 for in-state public schools. Alone, that’s a lot of money. Combined with other things such as housing and meals, books and school supplies, and personal/transportation expenses, college costs even more. The average total cost for schools in the 2016-2017 school year was a whopping $49,320 for private schools, $39,890 at an out-of-state public school and $24,610 for an in-state public school. That means that if you wanted to go to a good school such as Harvard, Stanford, MIT or Duke, you would  have to pay about $50,000! That is way too much for four years at a school. These schools help people learn so they can get a job, earn money and have a career.

All this money people have to pay to go to college also leaves lasting effects on them for a long time even after they’re done with college. As a whole, Americans owe $1.44 trillion in student loan debt. The state of Maryland has an average student loan debt of $27,672. To owe that much money when you’re trying to make a career can really have a huge impact on the rest of your life. Some states, like New Hampshire, have an even higher average debt. The average student loan debt in New Hampshire is a colossal $36,101. That’s too much for just an education.

And if you think that the price of college is going down, you’re wrong. It’s only going up. In 2030, the projected tuition for four years will be over $280,000. The average tuition is increasing by 6.5% per year. And in 2020, when us freshmen go to college, the College Board predicts the average tuition of a four-year college will be an enormous $185,472.

Those statistics mean that families across the country will have to pay $185,000 for their children to go to college, then the student have to pay probably over $300,000 when their kids go to college while still trying to pay off their own student loans. That’s just way too much. An education that will lead to a future career shouldn’t have this big of a cost. It’s kids going to school to go off and have a future, and college will forever stand in their way because of the costs.