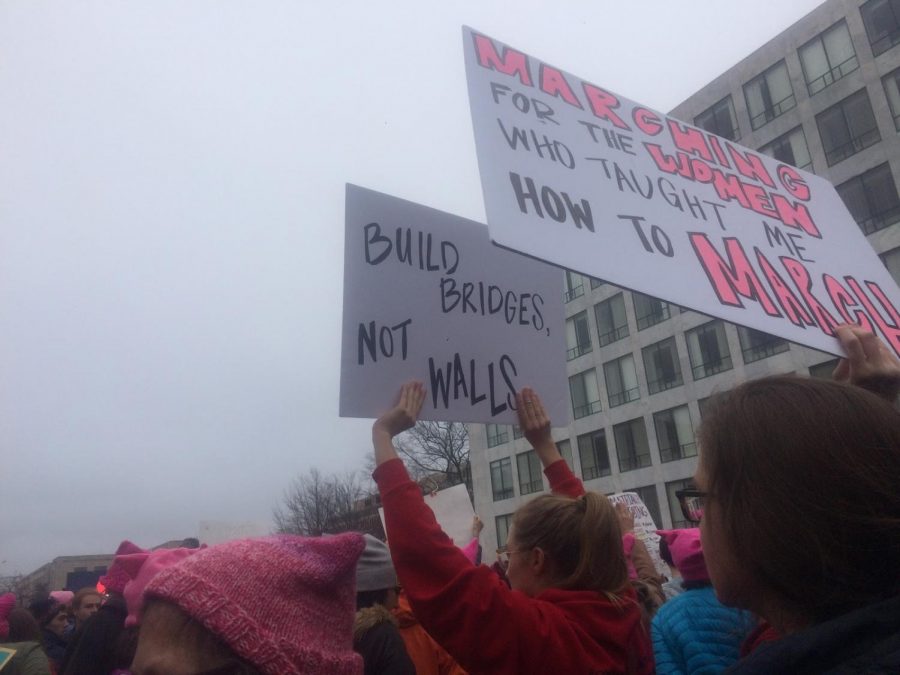 With breaking news every day and so much happening in politics, time has flown. It’s crazy that it’s been almost two years since the historic Women’s March that took place after President Trump’s inauguration. It’s even crazier that exactly two years later, people will march again. On January 19, 2019, organizers have scheduled another Women’s March.

The Women’s March is especially important because people can fight for so many things that they feel passionate about. Even though it’s centered around gaining equality and rights for women, people come from near and far to protest for whatever they want to fight for. People carry their colorful signs with creative slogans and pictures to show their dedication to the cause and to broadcast their message to everyone.

I’m very excited for this event since I attended the first march in 2017 and it was one of the best experiences I’ve ever had. Although it was freezing outside and super crowded, the feeling that I was part of something special and that my voice was being heard, outweighed these factors. Also, just being able to witness the inspirational speakers and performances in person just made the event that much more special.

It was very reassuring for me to be surrounded by people who feel as passionate about equality and important causes as I do. When I attended, everyone I encountered was kind and it was so easy to have conversations with them. It gave me and so many others the opportunity to meet and connect with people that we would not have met otherwise.

I also loved the enthusiasm and passion that persisted throughout the day. The cheering for the inspirational speakers, the loud chants that rippled through the crowd, and the proud people who held signs with similar messages, contributed to the feeling of unity.

When I got home that afternoon, the aerial videos and photos that showcased the number of people filling the streets were astounding. I can’t even picture or fathom that thousands of people were around me in the crowd. I knew it was a huge number, as it was nearly impossible to move out of or around the crowd of people, but I never thought about it in that way.

That was actually the first protest I had ever attended, and it was definitely a good place to start. I will definitely continue to be involved in politics and protests for the rest of my life. I can’t just sit back and watch when something happens that I don’t agree with.

Sometimes when I watch the news or read an article, I feel powerless and like I’m stuck in this world that I can’t change. This feeling drives me crazy, and I know I’m not the only one who feels this way. It makes me so happy and relieved that protests and demonstrations give  many people a sense of power, hope and resilience when they need it most.