Should we allow the migrant caravan entry into the United States? 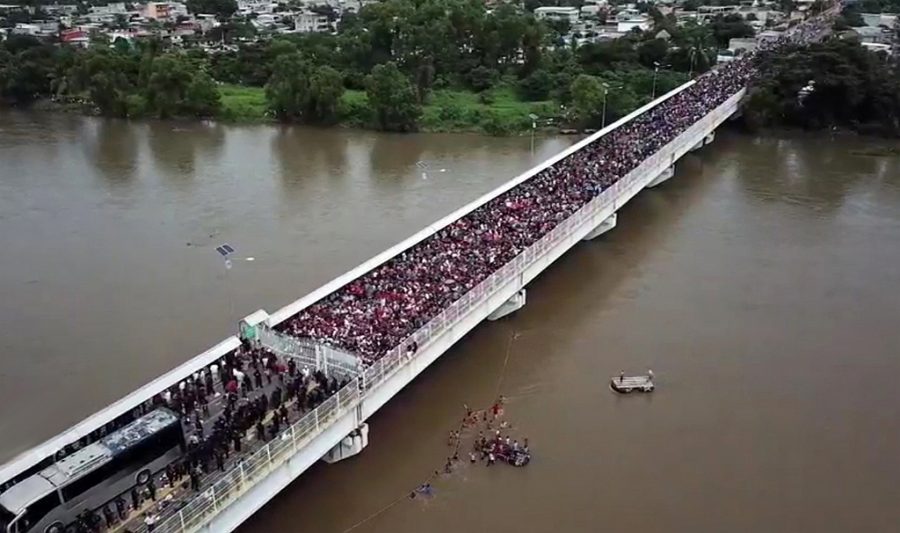 There has been a lot of controversy recently over immigration in the United States.

The United States has a long history of immigration. The vast majority of the US population, indeed, is made up of immigrants – whether they arrived in 1620 or 2016. As a nation, our relative economic prosperity is in large part due to mass immigration – neither the creation of the American breadbasket in the midwest nor the industrial and commercial hubs of the northeast would have been possible without vast numbers of immigrants arriving by way of New York, Boston or Philadelphia. Nor would the development of the West coast have been nearly as successful without similar trends.

The US has always thrived through mass immigration. A large portion of today’s American population was born outside of the the country,but there is no reason to believe that this population of immigrants will not integrate and prosper within the US.

There is a moral duty to take in the migrants who have arrived at the border near San Diego. These are people driven to an exceedingly dangerous journey by violence in Central America – violence that has, in recent years, reached levels rarely seen outside of war zones. No one makes an impulsive decision to leave their homeland, to rupture the ties that bind them to their families and communities in favor of a journey filled with uncertainty, violence and a stay in the inhumane detention centers of Immigration and Customs Enforcement. This is a mark of truly desperate people,and it is despicable that the US government meets these innocent civilians with tear gas and military operations more reminiscent of a police state than a democracy.

Yes, of course we should make an effort to help people in need, but at what cost? As of now, thousands of migrants from the caravan are stuck in squalid camps and shelters in Tijuana, a Mexican town that borders California. Reuters reports that roughly a dozen of the migrants in the group have climbed the border fence and illegally crossed into the US because they know that there’s  a high chance they’ll get detained. This means they can apply for asylum much quicker than by sitting around and waiting at a shelter, which only processes 60-100 asylum claims a day, according to the Washington Post. This can potentially lead to an illegal immigration crisis.

Once in the US, however, the asylum process can take several months or even years to complete. It costs $318.79 per day, according to the 2019 Department of Homeland Security budget request, just to detain a family while they wait for their asylum claims to be processed.

When they finally do receive asylum, we must take into account the cost of resettlement programs, housing, public education for their children and the like. This will cost an obscene amount of both time and money, especially when considering that there are an estimated 7,000 asylum seekers (possibly more) in the caravan. This money doesn’t just come out of thin air; it comes out of the pockets of our taxpayers.